Lessons in Creativity from Mark Twain

Mark Twain has long been one of my favorite writers. Best known for his sharp witticisms and scathing commentary on American society, he has to be one of the most quotable writers of the past 150 years. While his craft may have been the written word, his thoughts on writing are relevant to just about any creative field.

Twain's own creative process was not as diligent or consistent as some writers, he would work sporadically and at the whim of his inspiration. When it flowed, he worked furiously for days. When it didn't, he simply would not write. He started far more projects than he actually finished, and it wasn't uncommon for his work to sit incomplete for years. It's a good thing we're talking about his creativity and not his productivity. 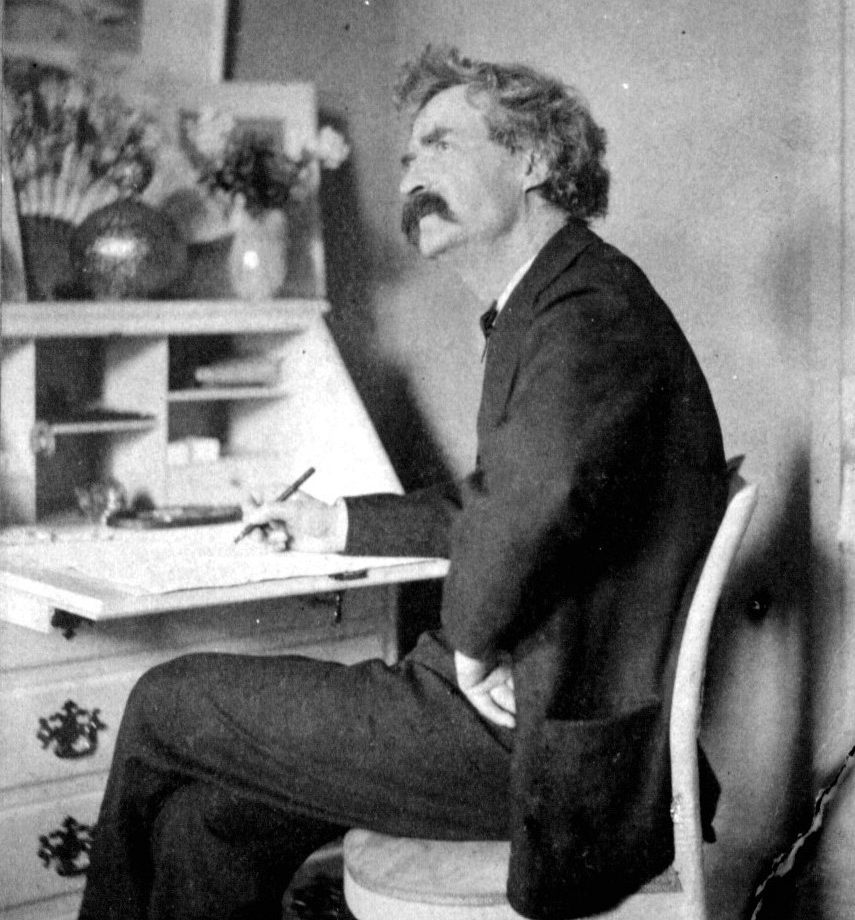 In a letter to his friend Helen Keller, Twain addresses the notion that all of our ideas are built on the foundation of others.

"The kernal, the soul — let us go further and say the substance, the bulk, the actual and valuable material of all human utterances’— is plagiarism. For substantially all ideas are second-hand, consciously and unconsciously drawn from a million outside sources, and daily used by the garnerer with a pride and satisfaction born of the superstition that he originated them; whereas there is not a rag of originality about them anywhere except the little discoloration they get from his mental and moral calibre and his temperament, and which is revealed in characteristics of phrasing. When a great orator makes a great speech you are listening to ten centuries and ten thousand men — but we call it his speech, and really some exceedingly smail portion of it is his. But not enough to signify. It is merely a Waterloo. It is Wellington’s battle, in some degree, and we call it his; but there are others that contributed. It takes a thousand men to invent a telegraph, or a steam engine, or a phonograph, or a photograph, or a telephone or any other important thing—and the last man gets the credit and we forget the others. He added his little mite — that is all he did. These object lessons should teach us that ninety-nine parts of all things that proceed from the intellect are plagiarisms, pure and simple; and the lesson ought to make us modest. But nothing can do that."

On Work and Play

In his piece 'A Humorists Confession' for The New York Times, Twain talks about how when you love your work it's no longer work, but play.

"What work I have done I have done because it has been play. If it had been work I shouldn't have done it. Who was it who said, "Blessed is the man who has found his work"? Whoever it was he had the right idea in his mind. Mark you, he says his work--not somebody else's work. The work that is really a man's own work is play and not work at all. Cursed is the man who has found some other man's work and cannot lose it. When we talk about the great workers of the world we really mean the great players of the world. The fellows who groan and sweat under the weary load of toil that they bear never can hope to do anything great. How can they when their souls are in a ferment of revolt against the employment of their hands and brains? The product of slavery, intellectual or physical, can never be great."

In a letter to his older brother, Orion Clemens, he mentions the American propensity for overworking.

"The bane of Americans is overwork--and the ruin of any work is a divided interest. Concentrate-concentrate. One thing at a time."

And in The Innocents Abroad he digs a little deeper into the creative benefits of taking breaks.

"In America, we hurry--which is well; but when the day's work is done, we go on thinking of losses and gains, we plan for the morrow, we even carry our business cares to bed with us...we burn up our energies with these excitements, and either die early or drop into a lean and mean old age at a time of life which they call a man's prime in Europe...What a robust people, what a nation of thinkers we might be, if we would only lay ourselves on the shelf occasionally and renew our edges!"

Twain was very open about his opinions on writing and language, and he was definitely not shy about criticizing other writers who ignored these unwritten rules.

"Use plain, simple language, short words and brief sentences. That is the way to write English--it is the modern way and the best way. Stick to it; don't let fluff and flowers and verbosity creep in."

In his essay 'Fenimore Cooper's Literary Offenses' he strongly criticizes Cooper for violating the unwritten rules governing literary art. According to Twain, an author should always:

1. Tell a tale that "shall accomplish something and arrive somewhere."

2. "Say what he is proposing to say, not merely come near it."

3. "Use the right word, not its second cousin."

4. "Employ a simple and straightforward style." 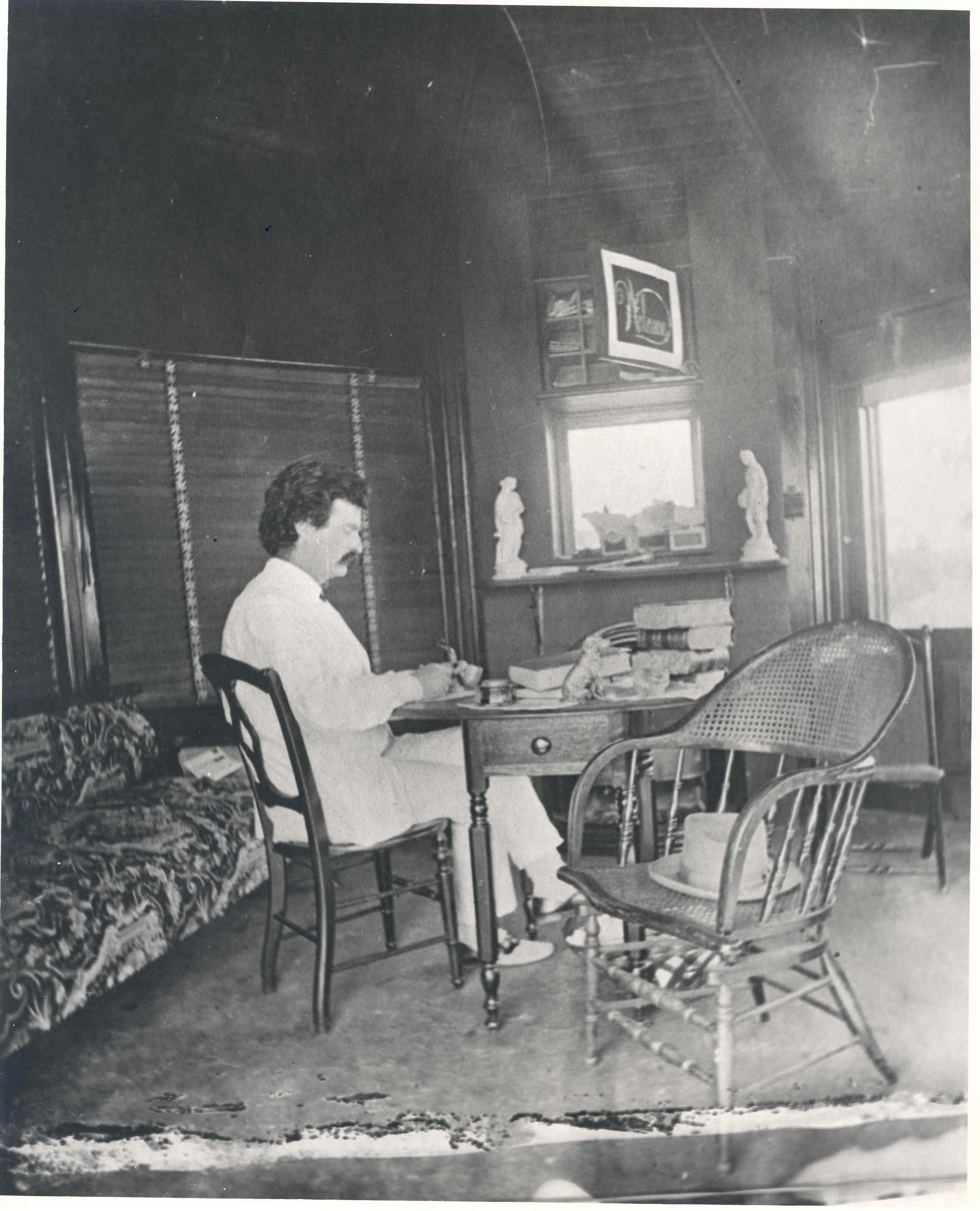 On Creativity and Happiness

In the wonderful book A Connecticut Yankee in King Arthur's Court, the main character muses on the differences between manual and intellectual work, and the personal happiness to be found in the latter.

"Intellectual "work" is misnamed; it is a pleasure, a dissipation and its own highest reward. The poorest paid architect, engineer, general, author, sculptor, painter, lecturer, advocate, legislator, actor, preacher, singer, is constructively in heaven when he is at work; and as for the magician with the fiddle-bow in his hand who sits in the midst of a great orchestra with the ebbing and flowing tides of divine sound washing over him--why certainly, he is at work, if you wish to call it that, but lord, it's a sarcasm just the same. The law of work does seem utterly unfair--but there it is, and nothing can change it: the higher the pay in enjoyment the worker gets out of it, the higher shall be his pay in cash, also."

So much of Mark Twain's thinking can be applied to design, it actually comes as no surprise that he designed and patented three of his own inventions including improved suspenders and a self-adhesive scrapbook. His thoughts on originality and simplicity echo those of contemporary icons like Steve Jobs, who built an empire perfecting ideas that weren't necessarily his own. And it's interesting to see that, even in the 19th century, people were struggling with a lot of the same issues we face today. Which reminds me, it's time to go take a break.

Lessons in Creativity from Mark Twain ~~ Mark Twain has long been one of my favorite writers. Best known for his sharp witticisms and scathing commentary on American society, he has to be one of the most quotable writers of the past 150 years. While his craft may have been the written word, his t…
T
Tanya Gavaghan
3071 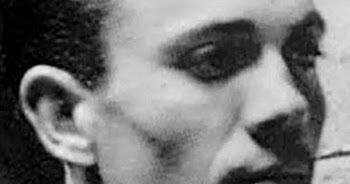 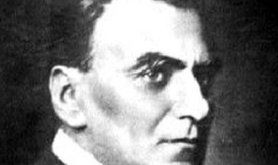 Why the radical right love their interlecturals. More leftist feminazis bullshit about conservatives!!!
B
BARRY ANGEL
2186 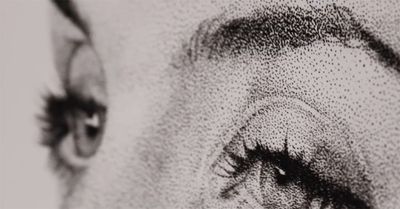 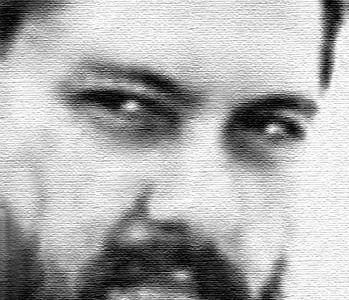 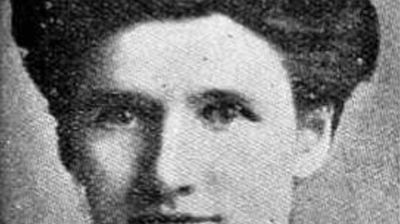 Moments after the German torpedo struck, nurse Isabel Clark walked down the Marquette's gangplank hand in hand with a colleague.
W
Walking with an Anzac
1031 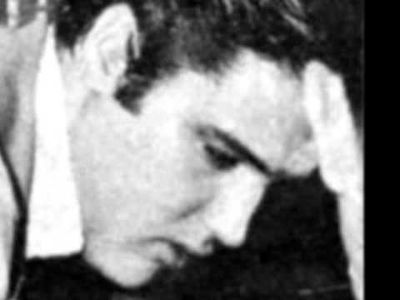