Somebody asked me what I did for work the other day, and I didn't have a great answer. I mean, I own my own business, I design products and logos, and I do a lot of writing. And at the end of the day, that's how I most identify: as a writer. It's what I've done consistently since 1999, and it's what's kept food on my family's table since 2009. But to get to the point where I could reliably pump out a few thousand words a day, I had to start somewhere, and for most people out there, it's incredibly intimidating even to do that.

See, people put these pressures on themselves as a potential writer, worrying constantly that their stuff isn't good enough. Yet the only way to get better is to write, and write a lot. How do you get past those feels then and work yourself to the point where you can write regularly? With science, of course.

Learn From the Masters

I wasn't one of those kids that grew up reading Stephen King, and it wasn't until last year that I read my first King novel — 11/22/63 — and so I came to On Writing a bit later than the rest of the crowd. Holy crap, I should've read that book a decade ago.

King obviously knows how to be productive, because he's created a ridiculous amount of books over the years, and it's due to his strict writing practices. I've integrated some of his techniques into my own routines, and they've made a drastic improvement in my own output.

Point is, if you want to be a better writer, start by learning from the best. It's a great place to begin.

One of my favorite books is The Power of Habit by Charles Duhigg. In it, Duhigg digs deep into why we do the things we do, including brushing our teeth and so on. It's a fascinating read, and right away in the first chapter we find out how the Habit Circle works. I'll let you read it to get all the specifics, but the basics work like this:

One of the examples that he notes involves Pepsodent, the toothpaste, back in the day. People didn't brush their teeth on a regular basis, and that was something they wanted to change — not to promote better dental habits, but to sell toothpaste. So the sales pitch went like this:

“Just run your tongue across your teeth,” read one. “You’ll feel a film—that’s what makes your teeth look ‘off color’ and invites decay.”

Excerpt From: Charles Duhigg. “The Power of Habit: Why We Do What We Do in Life and Business.”

So the trigger here was running your tongue across your teeth. That cue would cause the owner to think about brushing their teeth, and the reward was a nice and pretty smile (as promoted in further ads).

What does that mean for you? Well building a habit is easy if you know how. For example, I use shampoo and then conditioner in my hair today, but I used to always forget, which caused my scalp to dry and get itchy. Now when I'm in the shower, I first shampoo my hair, which triggers me to then condition my hair. The reward is then having a non-itchy scalp.

In your case, set a trigger that will remind you to write. Maybe it's sitting in a specific chair in your living room, or a time of day. Whatever it is, make sure it's memorable enough to become a trigger, and once you've started writing, your reward will become having become one step closer to being a better writer.

The hurdle standing in a lot of people's way is that nagging feeling that they're not good enough. I get that, but you're never going to get better if you don't write more. And read more. Let me explain.

At this immediate moment, I have a browser window open with 15 tabs running, 12 of which are research for this story. I've had to read all of those tabs to discover thoughts on the topic that I didn't know existed, and combine them with my own. I've read at least 10,000 words to create what will likely be around 1,500. And I'm not the first one to notice this, either.

“The greatest part of a writer’s time is spent in reading; a man will turn over half a library to make one book.”

Know who said that? Samuel Johnson. And that was several hundred years ago.

And it's not just research, it's also about pulling ideas from different sources that you'd never consider. I'm currently reading Creativity Inc. by Ed Catmull, which is a book about how Pixar came to be and what lessons he took out of building a company of creatives. But before that I finished Gun Machine by Warren Ellis and Ego is the Enemy by Ryan Holiday. Going from modern stoicism to a surreal detective piece to the animation business might seem ridiculous, and it might be. But each of those books are affecting what I'm writing today, and how I put my words onto the page.

If you want to write every day, then you need to read every day, too. It's not just a catchy slogan; reading is fundamental.

Make It Your First Step of the Day

It used to be that I'd come into my office, plunk down in my chair, and pull up Mail to see what I had to do. But I found that soon I became mired in the Internet and meaningless tasks, when I needed to become focused and in the zone. Around that time I started writing letters to my kids as a way to tell them my thoughts in that moment, so that later, when they're older, they can see what their dad was thinking. I never edited them, it was all stream of consciousness stuff, and eventually I started to look at that as a way to get out all of the mistakes I'd eventually make during my normal day.

As it turns out, this is a thing. Don't think about writing these things down as being "writing," but instead as a way to get your head screwed on straight. If you do this every day first thing (sitting in the chair could be your trigger), then you will write more by default. Believe me, there are many times that I've stopped a post to my kids short because something I wrote spurred an idea for another article or project. It's science, folks.

Quick story: a few hours ago, I was standing in the paint booth of an automotive shop, taking pictures of the dashboard of a 1978 GMC truck getting painted. After the first coat was laid down, I talked with the painter about how I had done a few paint jobs in the past — nothing big — but how I stressed so much about how my spray path would go, how to hold the gun, what timing I needed to use between coats, and he just stood there, smiling and shaking his head. "It's not about the tools or any of that," he said. "It's about practice and experience coming to the forefront. And when that fails, you screw it up and figure out how to fix it."

He didn't say "screw," but you get the picture.

I used to think that I needed special software to write a book, or I had to have the fastest processor to handle compiling an epub, but you don't. Quite literally the only thing you need is a pencil and paper — people have been doing it that way for hundreds of years. So to make it easy, I keep a notebook in my back pocket at all times, and I always have a pen in a pen loop next to it. Therefore, I never have any excuse not to write. In fact, there are things in there that I may never use. I have deep thoughts on time travel for a comic book I've been working on for a bit, as well as lines that I hope to use in some work of fiction someday. I'm even writing this in a basic text editor because it doesn't matter what I use, as long as I get the thoughts out. Make it easy on yourself by making it easy to write anywhere, anytime. And that's easy.

Even if you don't want to be a writer, writing regularly can have enormous benefits. It gives you a way to reflect on your day both today and in the past. It gets ideas out of your head, and it gives you more tools for better communication. And hell, it can be fun. So why not indulge, right? By Corradine Fonts in Fonts 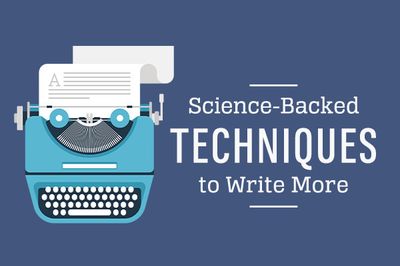 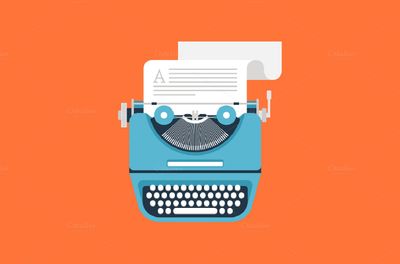 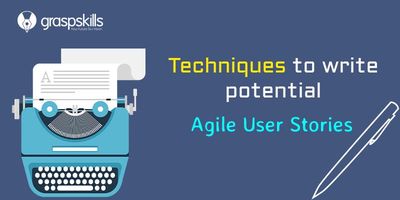 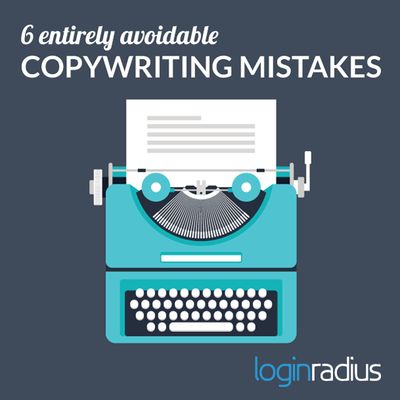 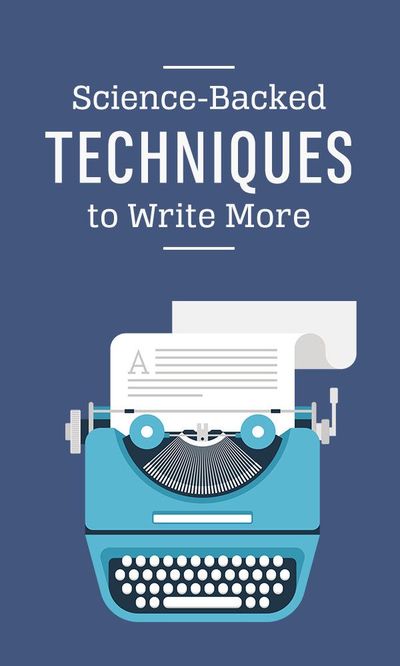 Science-Backed Techniques To Write More. Somebody asked me what I did for work the other day, and I didn't have a great answer. I mean, I own my own business, I design products and logos, and I do a lot of writing. And at the end of the day, that's how I most identify: as a writer. #lettering #typography #writing #typeface #science #technique #calligraphy #script #serif #creative #inspiration
L
Lucid Themes
4939 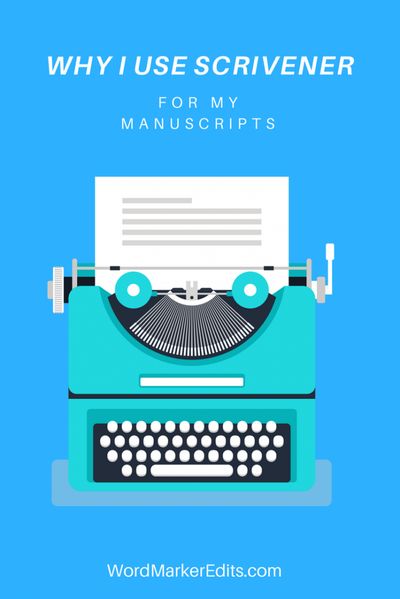 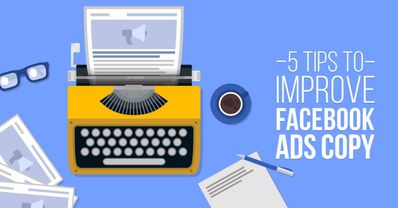 Facebook Twitter LinkedIn PinterestAs a professional copywriter I’d be the first to admit: Writing ad body copy is hard. Bloody frickin’ hard. Sure, your headline could do a lot of the heavy lifting: catch the user’s attention, for instance. Or make a promise about what the ad is about to deliver. And prepare a reader Read More
M
M2 Media Management / Social Media
1354 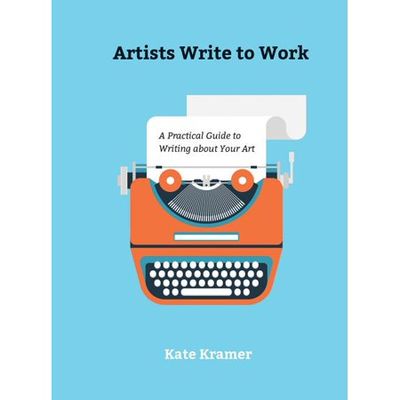 Artists need to write, every day, to support their studio practice and careers. Working artists know this. Newly minted art graduates and emerging artists learn this the hard way--usually when a gallerist asks for basic documents like an artist resume, biography, and statement to support an upcoming exhibition! Conversational and instructive, this practical primer helps artists learn the best writing and research strategies for their letters, biographies, statements, proposals, applications, wal
W
Walmart
3252
V