How To: Design Your Own Typeface

My journey of typeface design began with my love for typography and desire to bring my imagination to life. Both of these factors helped me get through the many challenges of creating an original typeface and ultimately learning how to make that typeface into a working font.

My first taste of designing a typeface came a year and a half ago when I was interning at an Austin branding studio called Sputnik. I had created some custom type for a logo, and although the logo ultimately went in a different direction, I still enjoyed the type. With this in mind, I gave it new life by deciding to spend the rest of my summer creating additional characters, which ultimately became Mocha Script. Since then I have created a few more and have learned few tricks along the way to help me get started.

Creating a typeface out of thin air isn’t easy. Heck, creating any design out of a blank canvas or Illustrator file is overwhelming, but all you need is the root of an idea and the rest will unfold. Mocha Script started because I was looking to create a geometric script for the logo. That was simple enough, and all I needed to get the ball rolling. I set a series of “rules” for myself by setting a basic grid and from there each letter informed me on what the others should look like. 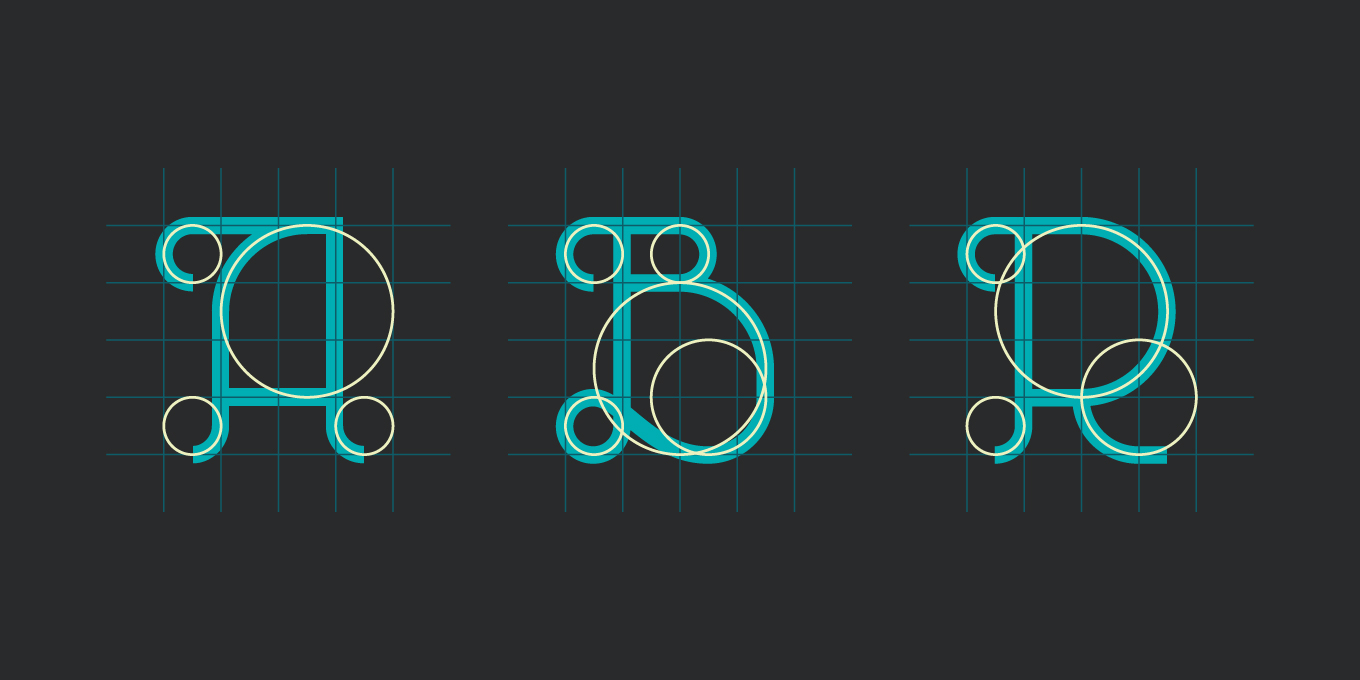 When I designed Storyland, my goal was to create a playful and whimsical feel, something that could have a practical application in developing a children's book. Storyland was breathed into life by the inspiration of mood and emotion but, inspiration can come from anywhere, anything, or any historical period. Ask yourself, is there a particular purpose or application where your typeface can be utilized? Are you designing for a particular function or space both concrete or imaginary? The point isn’t simply to have the end design in mind, but to develop a starting place. If your inspiration is not materializing, try to think about designing typefaces based on your favorite movie, book, or TV characters. This is how Lightyear came to exist. 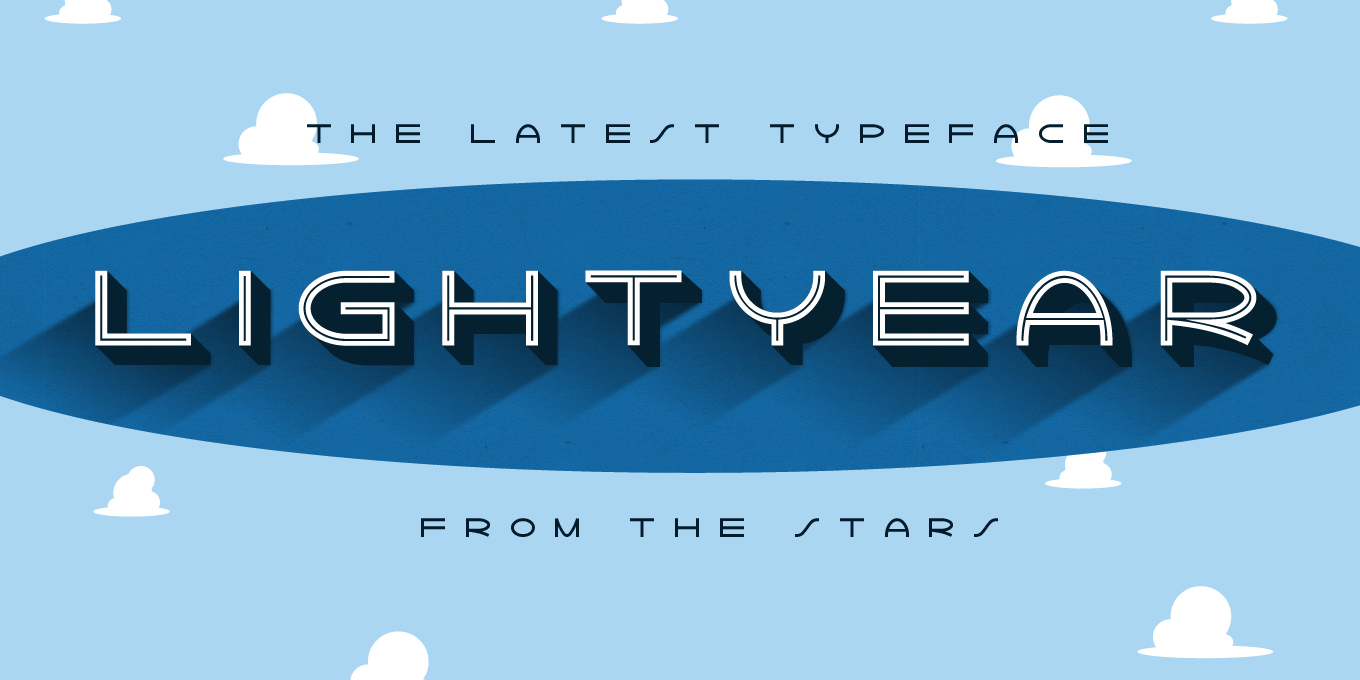 I decided to do a type treatment using Buzz Lightyear’s catch phrase "To Infinity and Beyond". I tried to reflect the sci-fi and playful space feel that captured my heart as a child. A few months later, I decided to turn that treatment into Lightyear (notice the many references to Toy Story that inspired the typeface). 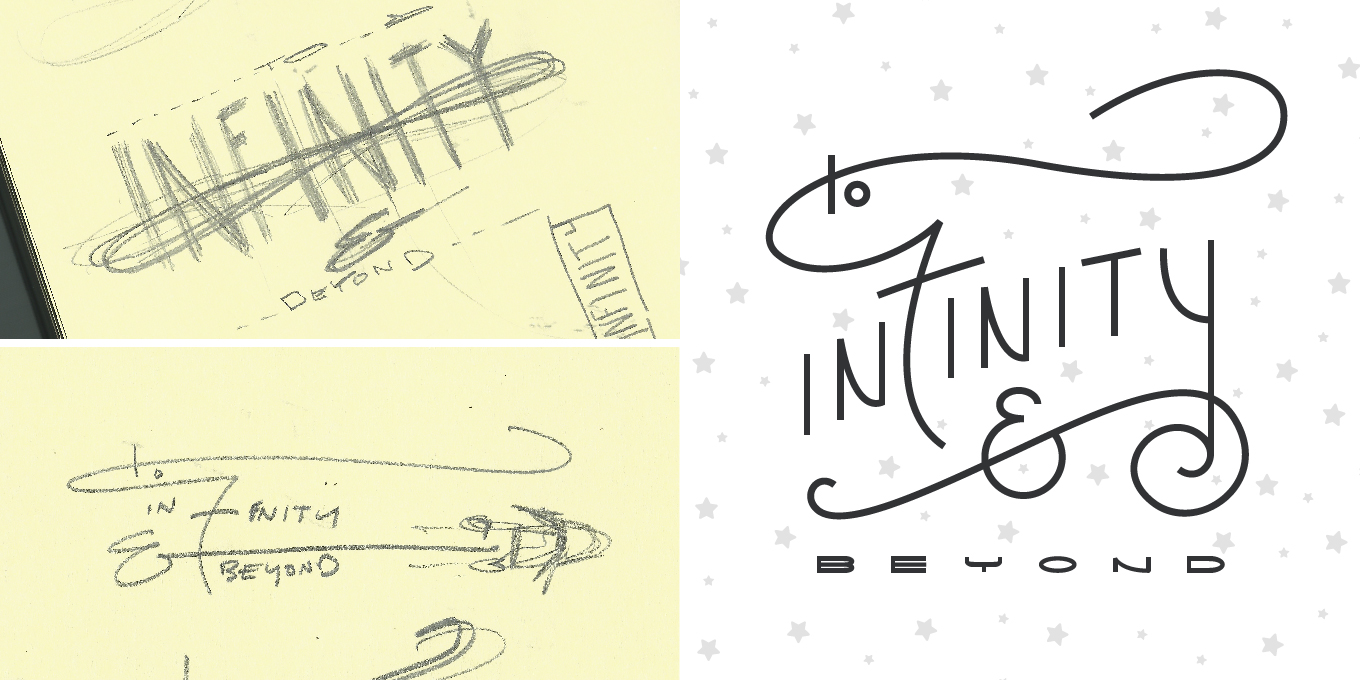 1. Repetition: Start with one letter and work from there. For instance, you could take an uppercase R and draw from that your uppercase P, as well as possibly the bottom half of the uppercase K. Repeating shapes and forms in letters brings a typeface together. Think of it as creating a series of interchangeable parts to be used as a core for your letters. Adding unique elements can come after you have the basic form set into place

2. Options Can Help Your Idea Evolve: I also like to exhaust all the options before settling on just one character design. For each typeface, I created multiple variations of characters to see which worked and looked the best. Sometimes the first iteration is the best, but evolving an idea to its end helps you find gems and combinations you might not have thought about.

3. Form Words: Once you have a few letters created, start forming words as you are designing the typeface. Forming words helped me as a designer make decisions between iterations and where things should be placed. The letterforms will very rarely be used in isolation, so why design them that way? Yes, the desire should be for each letterform to be beautiful on its own, but if it doesn’t work within the system of the typeface it misses the mark. 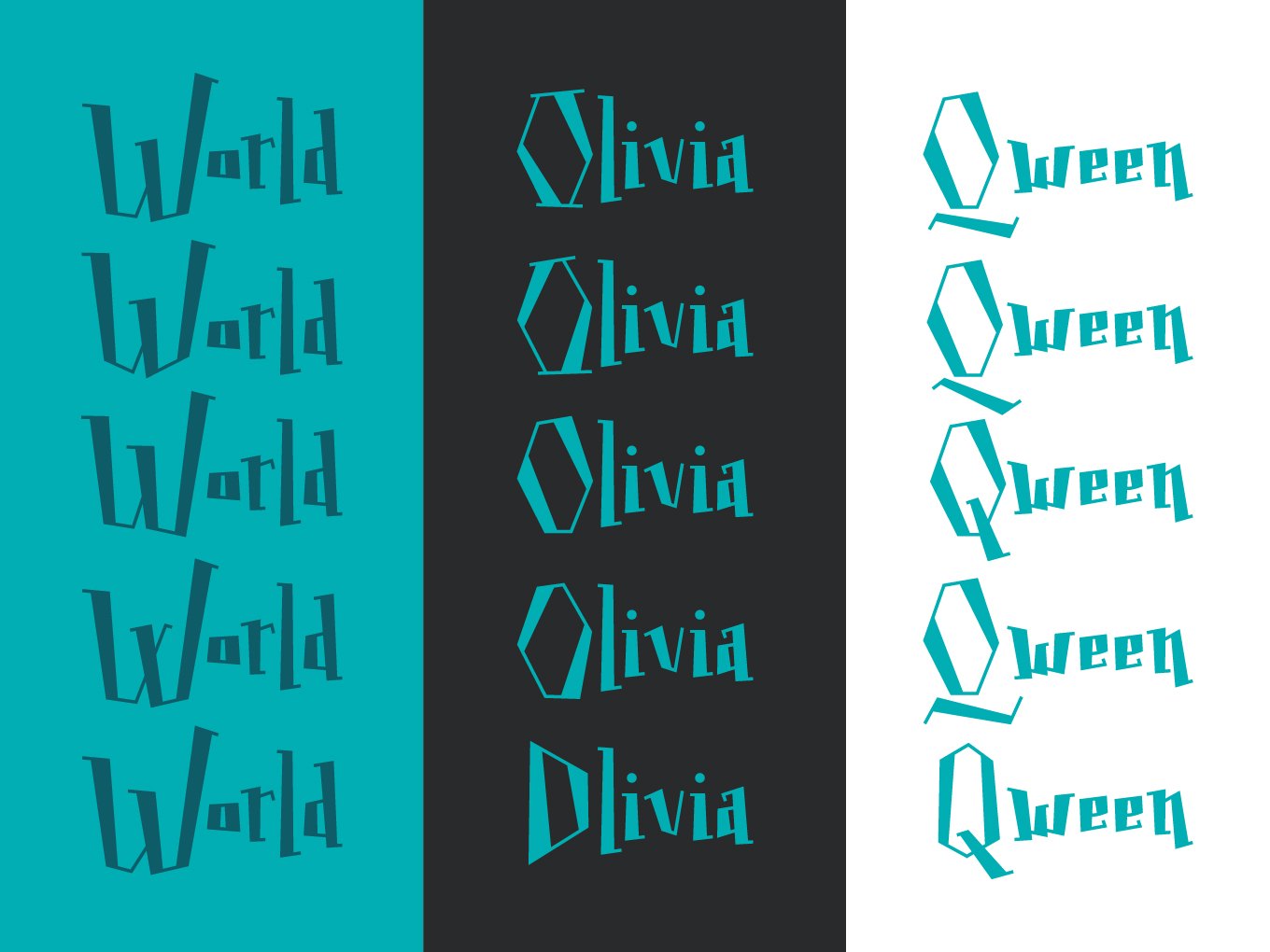 4. Typographical Evolution: Along with the previous tip, let the typeface evolve as you create it. For example, Storyland originally had rounded letterforms and curves but as I started creating other letters and began forming words, I found it looked a bit odd, so I altered it and gave it straight edges even though I had already created most of the lowercase letters.

5. Don’t Be Scared of Change: It may be a little extra work, time, and effort but it is always worth it. You want to create something you are proud of, so cutting corners will only result in the “I wish I had…” or even more work later on if you decide to change it. Trust your design eye and senses.

Taking the Next Step: from Typeface to .OTF

So here I had this vectored typeface, now what? Designing a well crafted typeface is no small or easy feat but either is making the jump from pretty letters to a font. With this said, 6 months ago I decided after many years of wishing, wanting, making excuses, and putting it off to do something about it.

Not knowing where to start, I posted an open question to my Twitter followers asking for type programs that didn’t take a degree to understand and thankfully Gerren, from Creative Market, responded and I found a very user-friendly program to use called Type Light.

After getting the program, I did what anyone would do, I read the instructions that came with the program. No really, I did, and I recommend you do it as well. It takes a lot of the guess work out of what initials mean, how they effect the font as well as save you time in the long run. With each font, I challenge myself in new ways. Mocha doesn’t have much kerning since it is monospaced, so Thunder Pants involved learning how to kern the letters in the program and make the typeface look consistent as it is typed out. With Storyland, I shot for the moon and created a layered typeface without really knowing how to accomplish or tackle this. When you want to make that jump to creating a font, here are few things that will help you.

Things to Know Before You Start

1. Rule for Sizing Artboards: Know the highest high, lowest low, and widest characters in your typeface. That will need to be the size of your art board. I created a box with the baseline, x-height and cap height rules placed inside as a group (see the image below for a better idea of what my files look like). Why does it matter? When you import it, the file will scale-to-fit so if you don’t have the common size for all the files, some characters will have different widths and it will not look like you imagined. 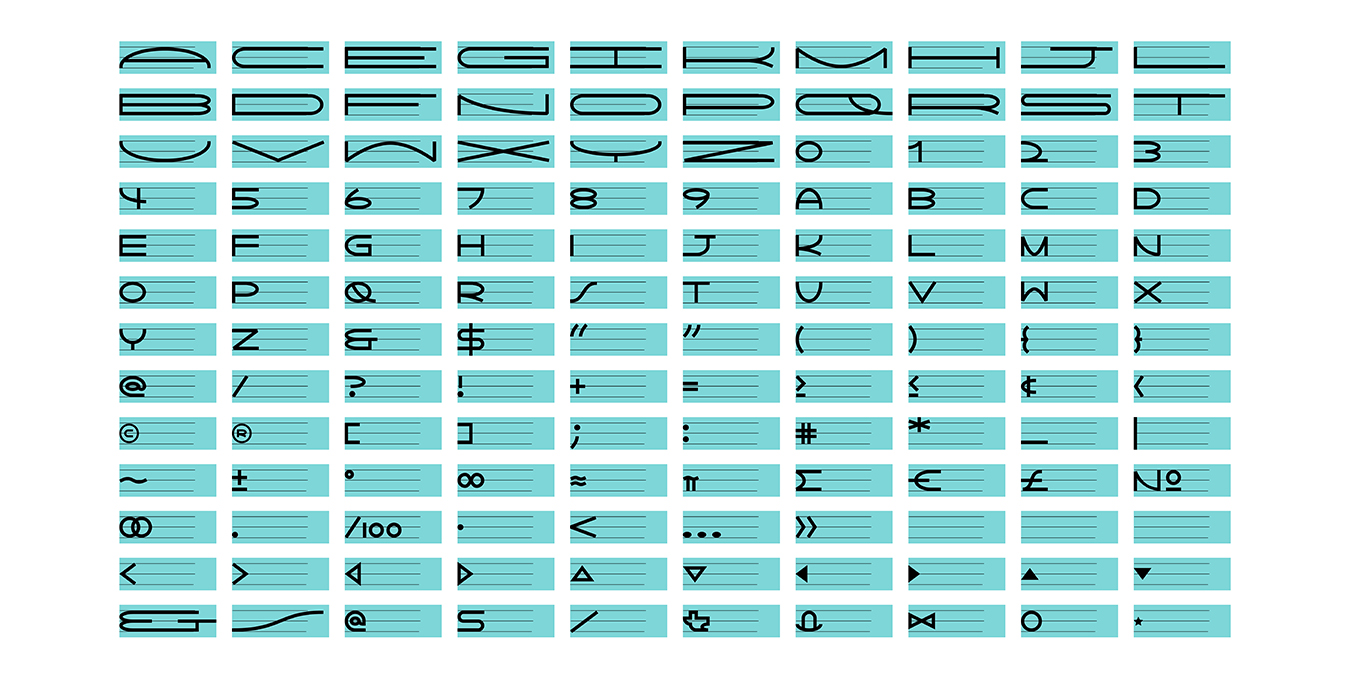 2. No Strokes: Outline your strokes because they will not render in the program. That's a good idea no matter what program you are transferring a design to. Also, if you have anything special, for instance like Lightyear Inline, knock out the negative space. It works sometimes but not for all characters, so play it safe.

3. Naming Special Characters: In naming your artboard/file, not all special characters will transfer, so develop a system to name them or type them out. If you don’t, they will save over each other and you’ll be wondering why you’re missing some characters.

4. Upper & Lowercase Naming: In relation to the previous note, when exporting in Illustrator, it doesn’t differentiate between “a” and “A”, so I have used “lowercase-a” and “uppercase-a” to allow both to be saved as well as to group the alphabets. It makes life very easy when you are importing the .svg files individually into the program.

5. Learn the Shortcut Keys: Using Type Light, you import each character individually, so know the shortcuts and save your fingers a lot of pain. I will forewarn you that importing each character is a very laborious, repetitive, and slow process.

6. Sizing it Right: Em Unit Size (in the Font Metrics Window) is very important for your typeface to look right on the screen. This will default to a set number based on what file you create (TrueType or PostScript) but it should equal the largest number between your (ascender + descender) and width. What this number does is at 12 pts, the Em Unit Size will be a 12 pt square.

7. Never Forget to Have Fun:  I love hidden gems in designs and movies, such as when previous Pixar characters are in later films. With this in mind, something instilled in all of my fonts are special glyphs I designed to be used in tandem with the typeface as well as to give designers tools when using the font. If you have my fonts, look for them. If not, you can see some of the examples below. 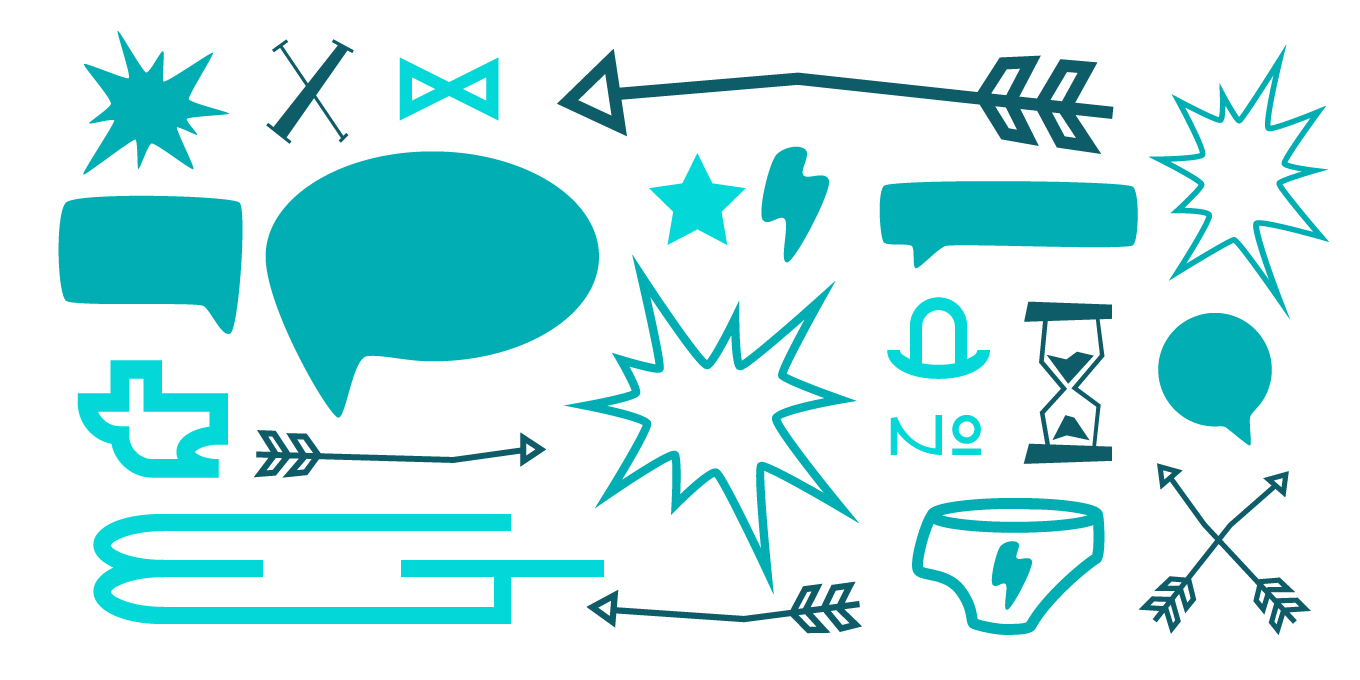 Once you are ready to export, I found this extremely useful file to help you see every letter combination. It may be a lot to look through but the goal is that, no matter how your typeface gets applied, it always looks good. This file is helpful because you’ll find combinations you didn’t think about and can easily fix the kerning.

After much exporting, applying to text, tweaking, and repeating, you are ready to introduce your typeface to the world. Once you are finished, the fun of giving the typeface a name begins as well creating the design specimens. As I continue to learn and expand my knowledge with each typeface I design, the process has only made me appreciate fonts so much more. I hope you have found this useful and inspiring to start that project you’ve been putting off.

++++++
Thomas Ramey is a young graphic designer from Texas, currently calling San Francisco home. You can also find him on Dribbble, Twitter or visit his website. 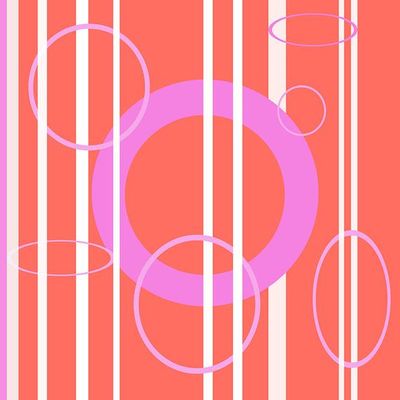 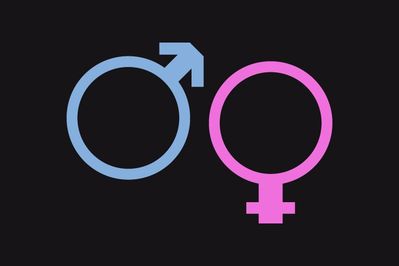 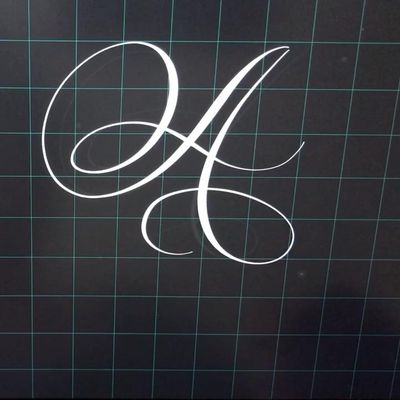 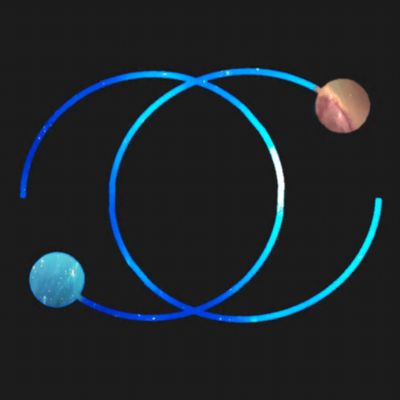 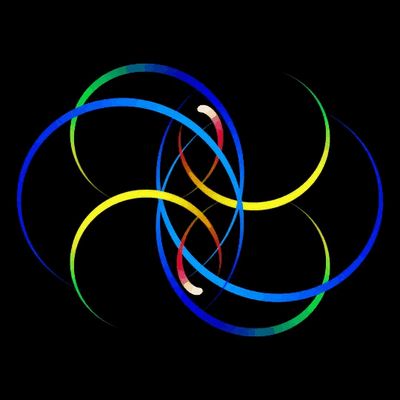 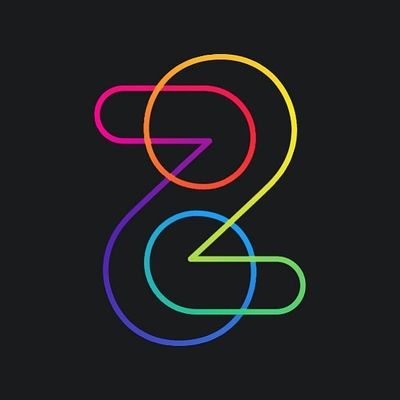 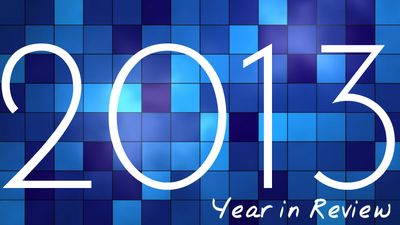 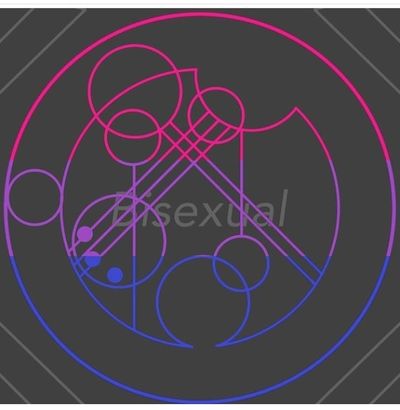 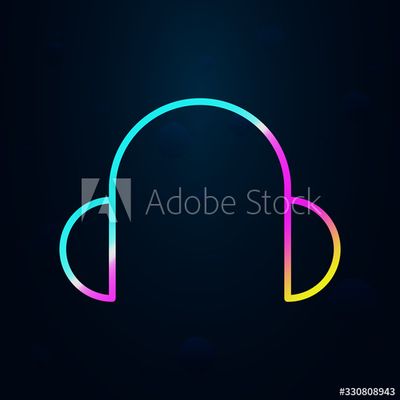 How To: Design Your Own Typeface
T
Thomas
0 0