What Superhero Badges Taught Me About Stellar Logo Design

You know where one of the single best places in the entire universe is to learn about logo design? It may not seem obvious at first, but it’s actually in comic-book design, specifically superhero badges. Basically, if it’s an emblem or logo that instantly identifies a superhero, it can serve as a stellar source of knowledge and inspiration about logo design in a much broader context.

You don’t have to be a comic-book geek or super fan to appreciate this; I’m certainly not one myself (though I do enjoy comics in pop culture in moderation), but I can appreciate awesome design wherever it is.

It just so happens that comic-book emblems are a great source of design knowledge because they have to convey an entire character’s values, storyline, and origin into just one symbol. Now to do that effectively and memorably, you really have to possess great design knowledge!

Here are some famous superhero badges and what they can teach us about design.

The Caped Crusader’s badge is universally known; you don’t need to be a comic-book fan to know what you’re looking at when you see the black shape of the bat inside of the piercing, yellow oval. This is confirmation of great design when tens of millions around the world know your symbol right at first glance.

What stands out about it immediately is how recognizable it is: The shape of a bat is culturally well-known around the world, so great design clearly is based on using universally understood themes. 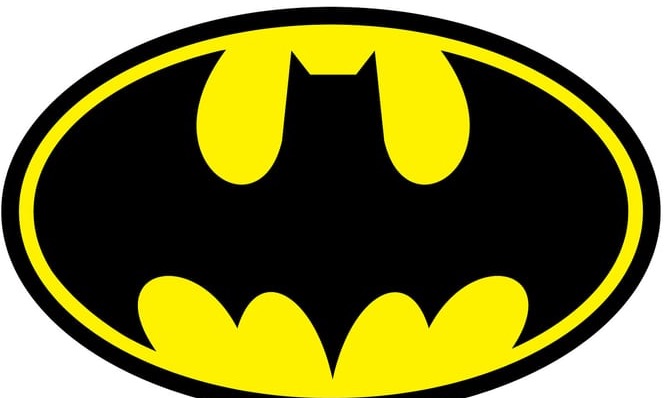 The next thing that jumps out at you is the brilliant and striking use of color contrast, another important aspect of successful design. When you see the black bat emblazoned on the shiny, yellow oval, your eyes automatically focus on the bat symbol all the more.

Since Batman uses the bat theme in everything he does to fight crime—the batarang, the Batmobile, and the Bat Cave come to mind—his symbol also gives a glimpse into his modus operandi, which facilitates excellent storytelling. You get all of this from just a simple and straightforward logo!

Just goes to show you how great logo design turns something ordinary and makes it immortal.

Any list discussing comic-book logos isn’t complete without a mention of Kal-El’s badge. Every bit as iconic and globally known as Batman’s design, the Superman badge is also familiar to those who’ve never watched a Superman movie, read a Superman comic, or gone to a comic-book convention.

When we look at Superman’s logo, the first design element that jumps out is the color contrast: The color red is used for the “S” and outlines the entire logo; then, the yellow is used as a background on which the “S” sits. Together, this forms a color combination that gets people’s attention since it’s so striking.

Superman’s history and lineage are also immediately disclosed in this famous badge. The “S” actually doesn’t stand for Superman—that would be too simplistic! 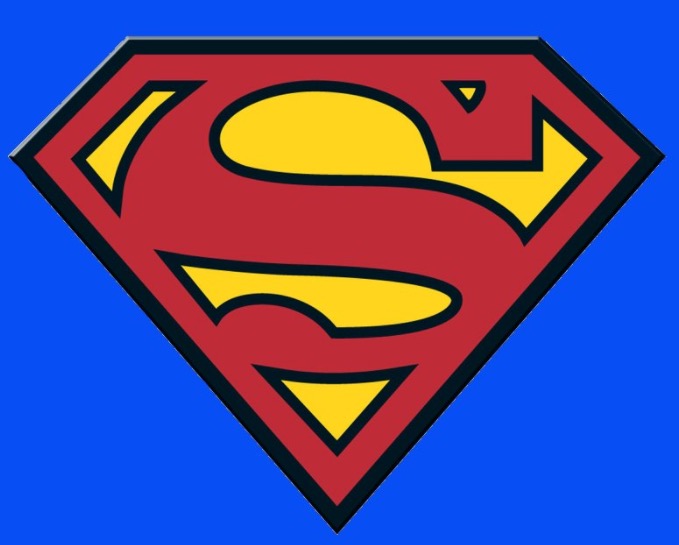 Instead, the “S” is a representation of the coat of arms of the House of El, which is Superman’s family on Krypton, his home planet. In addition, the badge is also a symbol of hope. Of course, Superman’s dad, Kryptonian scientist Jor-El, sent Superman off to Earth in a homemade spaceship right before Krypton’s destruction, making the young Kal-El a symbol of his dad’s hope for the future.

In this case, great design conveys a heavy backstory and simple, contrast design for huge, universal and cultural impact.

We hop over to Marvel Comics for Spider-Man, arguably equally as famous around the world as the preceding two superheroes, and that applies to his badge as well. For Spidey, we return to an exclusively symbol-based logo.

Whatever specific illustration or shape it takes, Spidey’s badge is always the spider: eight legs, usually black, and seen from the top.

There’s a universality to Spidey’s badge, as every culture knows what a spider is, and his origin story is at once represented in this arachnid symbol. Everyone knows that Spidey was bitten by a…radioactive spider, thus giving him all of his superpowers (increased strength, Spidey sense, etc.). You get all of that as soon as you see his symbol.

While the spider is usually black and on a red background (note the use of strong contrast again, this time with a neutral color), earlier variations have a red spider on a blue background, depending on whether or not you’re absorbing Spidey in film, comics or cartoons. 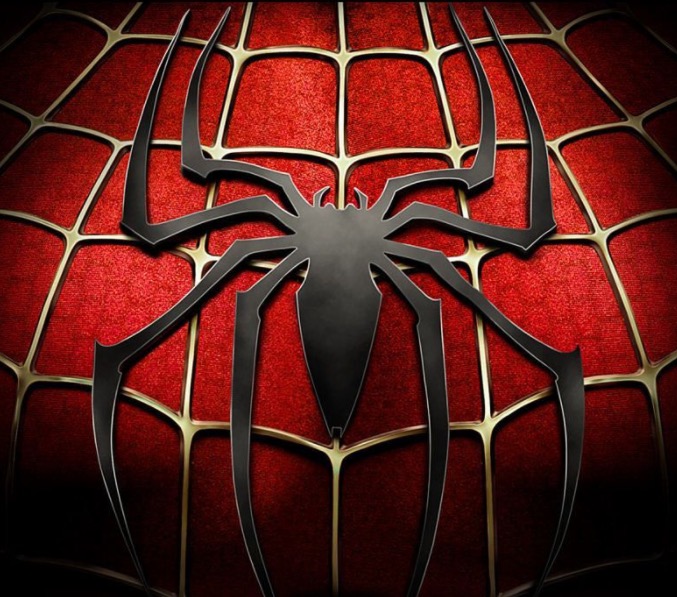 It’s interesting, too, that Spidey’s badge is essentially a silhouette devoid of any features. It’s actually this lack of detail that allows the design to be so universally effective: People can focus directly on the spider theme instead of being bogged down with too many details of design. And, like with Batman, this logo uses an animal that tends to creep people out, which speaks to the psychological advantage for the superhero.

While the entire team’s made up of superheroes who undeniably have their own strong followings, it’s only the team as a whole that features a well-known badge. Another example of the power of minimalism in superhero badge design, the X-Men logo consists of a simple “X” (what else would it be?) inside of a circle for the ultimate in geometrical mutant design.

What’s cool about the X-Men logo is the additional and less noticeable shapes the logo “creates”: Each quarter of the logo is actually a curved triangle (created from the perpendicular lines of the “X”). Further, if you rotate the logo a bit, it’s obvious that it also looks like a plus sign inside a circle. Needless to say, there’s a lot of shape geometry happening here!

Also of note is the symbolism behind a circle, which usually denotes friendship and community due to its unbroken and continuous nature. The X-Men are certainly that since they’re a team and, beyond that, a tight-knit group led by Professor Charles Xavier. 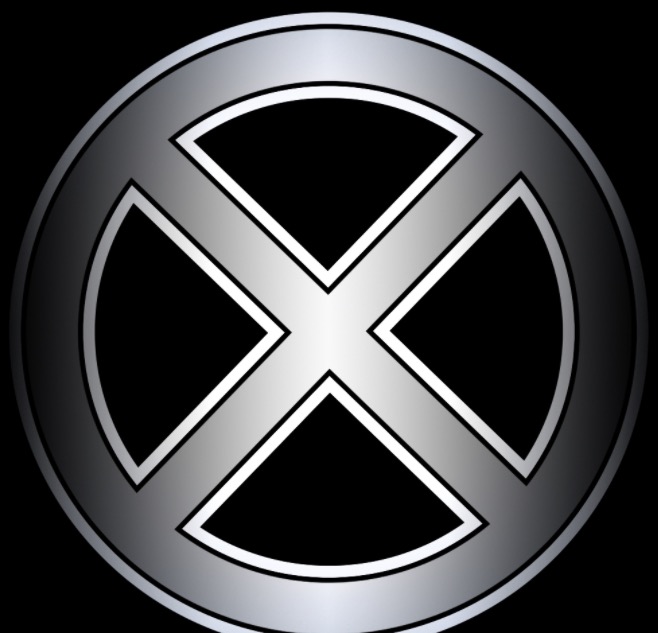 You’d be forgiven for thinking that X-Men stands for Xavier Men, but the reality is that it stands for the fact that all of the team members have an “extra” power that we mere mortals do not have, as revealed in the very first issue of X-Men, back in September 1963!

With this logo, too, note how such simplicity and minimalism actually project a great deal of symbolism and story.

An Amazon princess and founding member of the Justice League, Princess Diana of Themyscira’s badge is essentially a “flying” double W with wings. Memorable and straightforward, her badge returns to the use of letters in badge design, so it’s really a wordmark treatment of a superhero badge.

Generally viewed as an empowering symbol of independence for women in comics, Wonder Woman is getting on more people’s radar these days as the character has a new movie coming out this summer. In turn, that’s going to clearly make her badge all the more recognizable to people around the world, and it might one day reach the same universally well-known status as Batman’s and Superman’s badges. 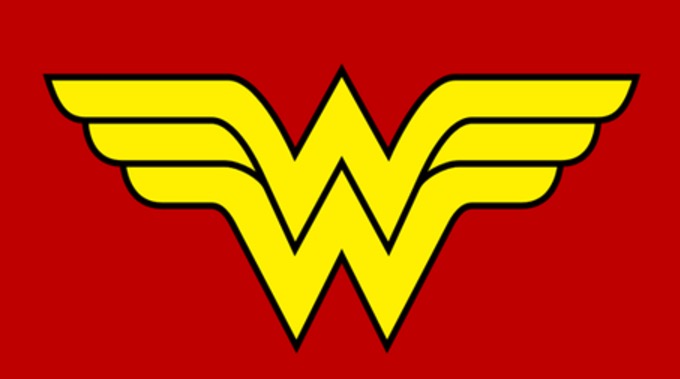 When we look at Wonder Woman’s logo, we see yet again that simplicity and using easily understood symbols (see a pattern here?) make for an effective badge. Since it’s primarily a wordmark logo, it’s seen different colors over the years, but usually, her badge is depicted in red and yellow, with the “flying” Ws in yellow that are outlined by a red border.

Last but not least is Captain America. Marvel Comic’s eternal symbol against Nazi oppression, also known as Steve Rogers, has been a comic icon since he debuted on the pages of Captain America Comics #1 in March of 1941. Since then, his badge has become synonymous with Americana and freedom from tyranny.

Cap’s shield is fittingly decked out with the colors of Old Glory: the red, white and blue. Color design-wise, this is perfect, as his origin is his creation by the U.S. government in their Super-Soldier project meant to design the perfect human being to fight the Nazis. 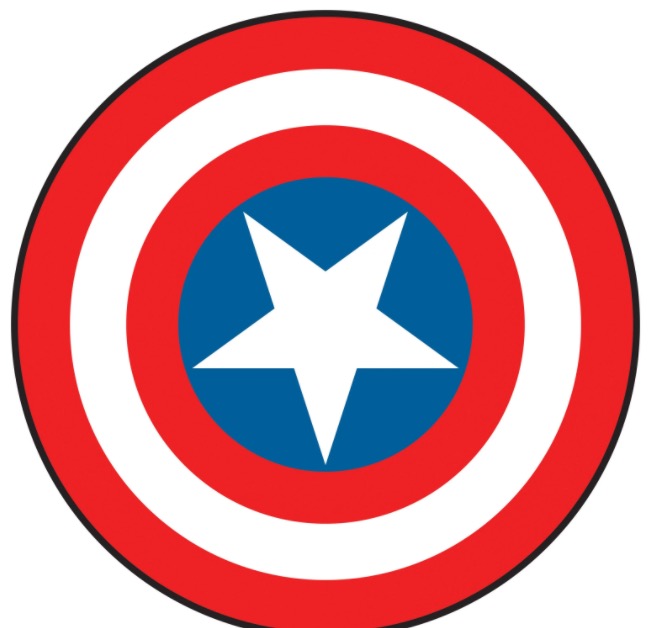 Not only do we understand his patriotic origins by looking at his shield colors, but we also can appreciate them by looking at the shapes in his badge. With the white star in the center of his shield, it’s an obvious reference to the American flag. The series of circles of alternating red, white and blue also refer to the traditional meaning of the circle shape, which is infinity, power and energy. Considering Cap’s Super-Soldier origin, the use of circles for his badge is completely perfect.

Cap’s shield is another beautiful example of the simplicity of great design when it’s conceived and executed intelligently, with a solid basis for the character’s purpose of being.

As many artists and graphic designers can tell you, comics are an excellent source of inspiration for amazing design. These six superhero badge examples just scratch the surface of this reality! With each of their logos, you literally get a detailed lesson on all the various elements—color, symbolic relationship, meaning, etc.—that are the hallmarks of excellent design. You just have to look a bit closer.

So whether it’s Batman, the entire Justice League, or Wonder Woman and her Lasso of Truth, the next time you’re want some solid design pointers, just pick up the latest issue of your favorite comic book, watch the latest superhero flick, or even take some time out to watch a superhero cartoon or TV series. Your constantly improving design skills will thank you for it! 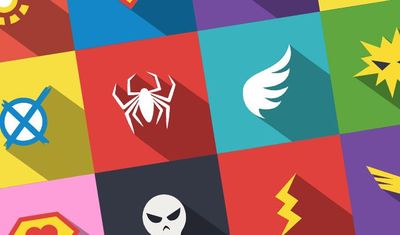 Here are some famous superhero badges and what they can teach us about design.
C
Creative Market
2286 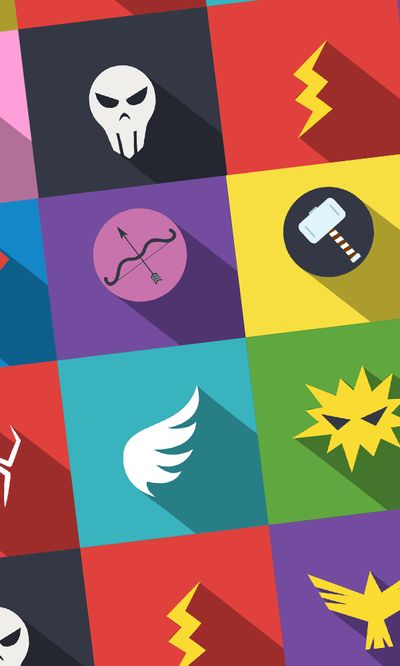 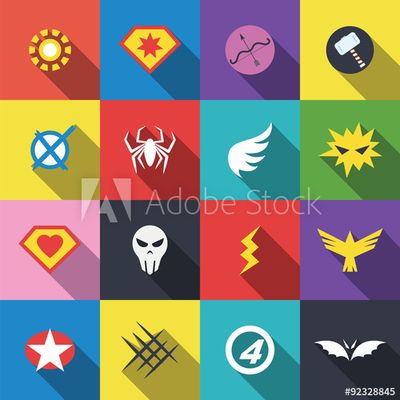 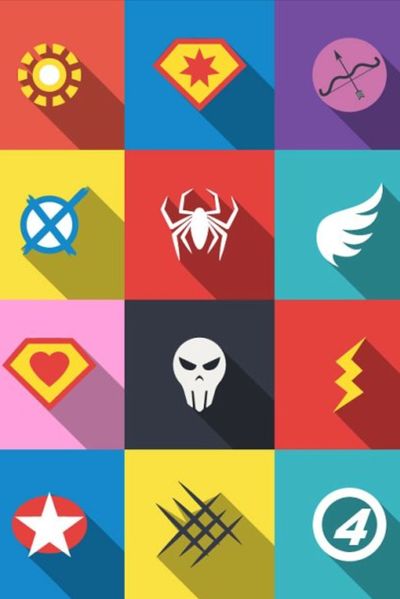 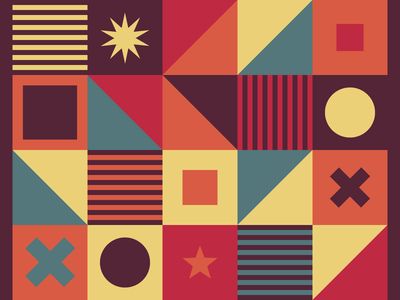 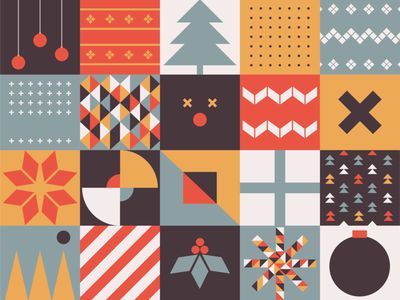 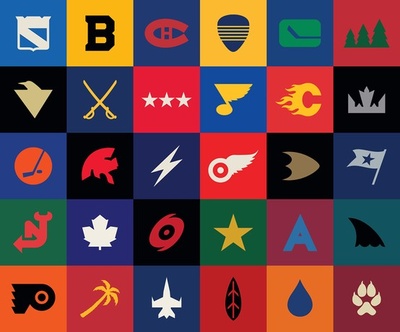 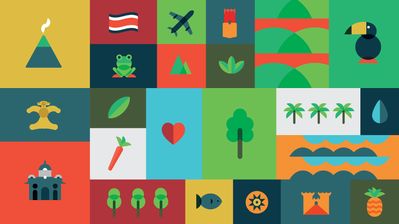 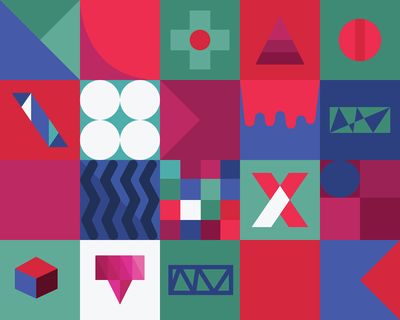 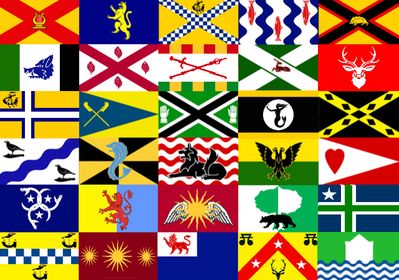