Why do typophiles get so worked up about letters? They are just shapes that, grouped together, relay information, right? So what if we don’t follow convention as long as folks understand us. We’re evolving, and just like language, typographic conventions should move along with us. Right? Well, judging by the army of typographically faithful taking up arms at the sound of these words (including myself), care should be taken in the way numbers and letters are tossed around, lest their wrath be invoked.

Here are a few things that ruffle the feathers of type lovers the world over.

Ooh, this one is cringe-worthy. Typefaces are usually designed by humans trained in dealing with legibility, optical trickery and how our eyes and ears work together to process this information. But even someone who simply works with type every day can spot type that has been stretched one way or another. How? The easy answer: it just looks nasty. The more substantive reason: typefaces are built the way they are for a reason. Whether it be to counter the weird things our eyes do with stroke weights (our eyes add thickness to horizontal strokes) or to mimic the weight distribution found in handwriting (generally more weight on the side strokes), type designers do what they do for a reason. To disregard that purpose is to dishonor the type, but more practically results in a less functional typeface.

2. Being told type hasn’t been warped

What’s worse than stretching someone’s type? Telling them that you haven’t. Come on now. I know Helvetica wasn’t built as a reverse contrast face (howdy, cowboy fonts), so why are your horizontal strokes so freaking thick? Spotting this in someone’s work is fun to deal with now, because in programs like Illustrator, once the deed has been done and the white lie told, Illustrator is right there to tell exactly how much the type has been altered. Ha!

Perhaps “hate” is a strong word for this one; after all, folks are mostly just doing what they’ve been taught. But having to mine an entire document for instances of double hyphens and double spaces is an irritating time suck. If you are composing words on a typewriter, you get a pass on this one. After all, this type of format birthed these habits, with their monospace letters and physically limited character sets (dashes weren't available, so multiple hyphens had to do). With the accessibility afforded in digital word processing — an em dash is easily accessible now, and letters of digital fonts are usually only as wide as necessary, so a single space between sentences is plenty — there aren’t any excuses. “Find and Replace” commands can usually address these things, but sometimes a weird string of characters evades quick fixes. 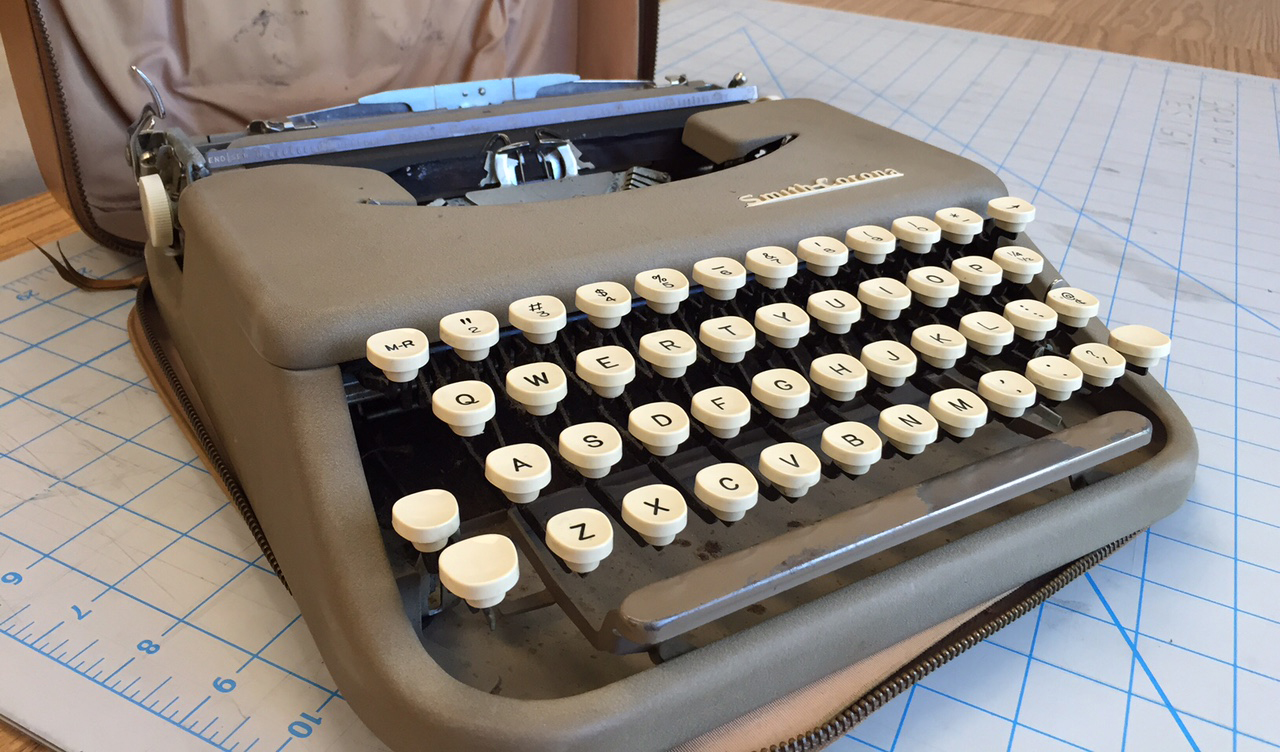 I’ve lived in several different cities for extensive periods, so I’m given to think this isn’t a local thing. Most local advertisers just don’t seem to have anyone on board who knows how to show restraint in font choice. (I used “font” on purpose there.) The more fonts that fly across the screen, the more extreme the deal on this freaking sweet car/gear/shoe/rocking chair. As always, there are exceptions, but usually 1 to 3 typefaces is plenty. 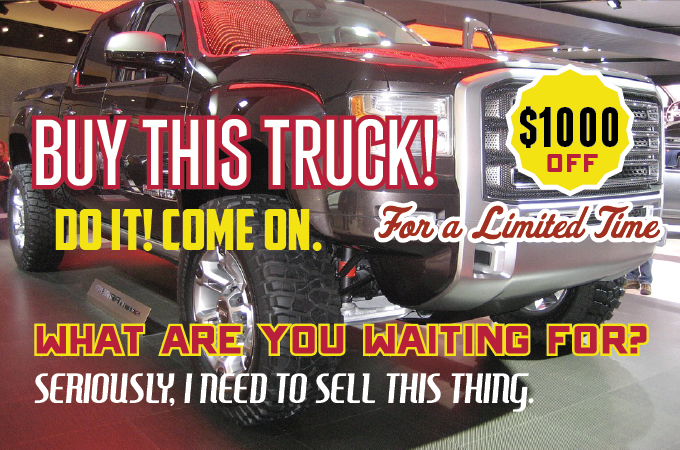 Come on, letters. Just be what you are. If you’re a shrunken capital, don’t pretend you’re something else. I know a fake small capital when I see one. It’s so obvious; regular caps, you look like you’ve been on the juice and forgot to tell your lowercase (small caps) about it. Sorry, readers, for talking to the letters; I felt bad for them. If you or someone you know are misrepresenting small caps, let all be aware it makes everyone involved look silly.

These guys aren’t a universal annoyance. Some designers loathe them (like my college instructor), while others just shrug them off (as I do), but a certain level of frustration is understandable. Most license plates are printed with monospace type, so as to account for all combinations of characters. This naturally results in some pretty funky spacing, which is made worse by the fact that a good majority of license plates in the US are amalgamations of regional motifs. I personally am okay with these vehicular name tags, understanding the reasoning behind their awkwardness. Also, my state recently went to plain black and white plates, which are pretty clean. I would, however, like to design a monospace font that is functional and beautiful. 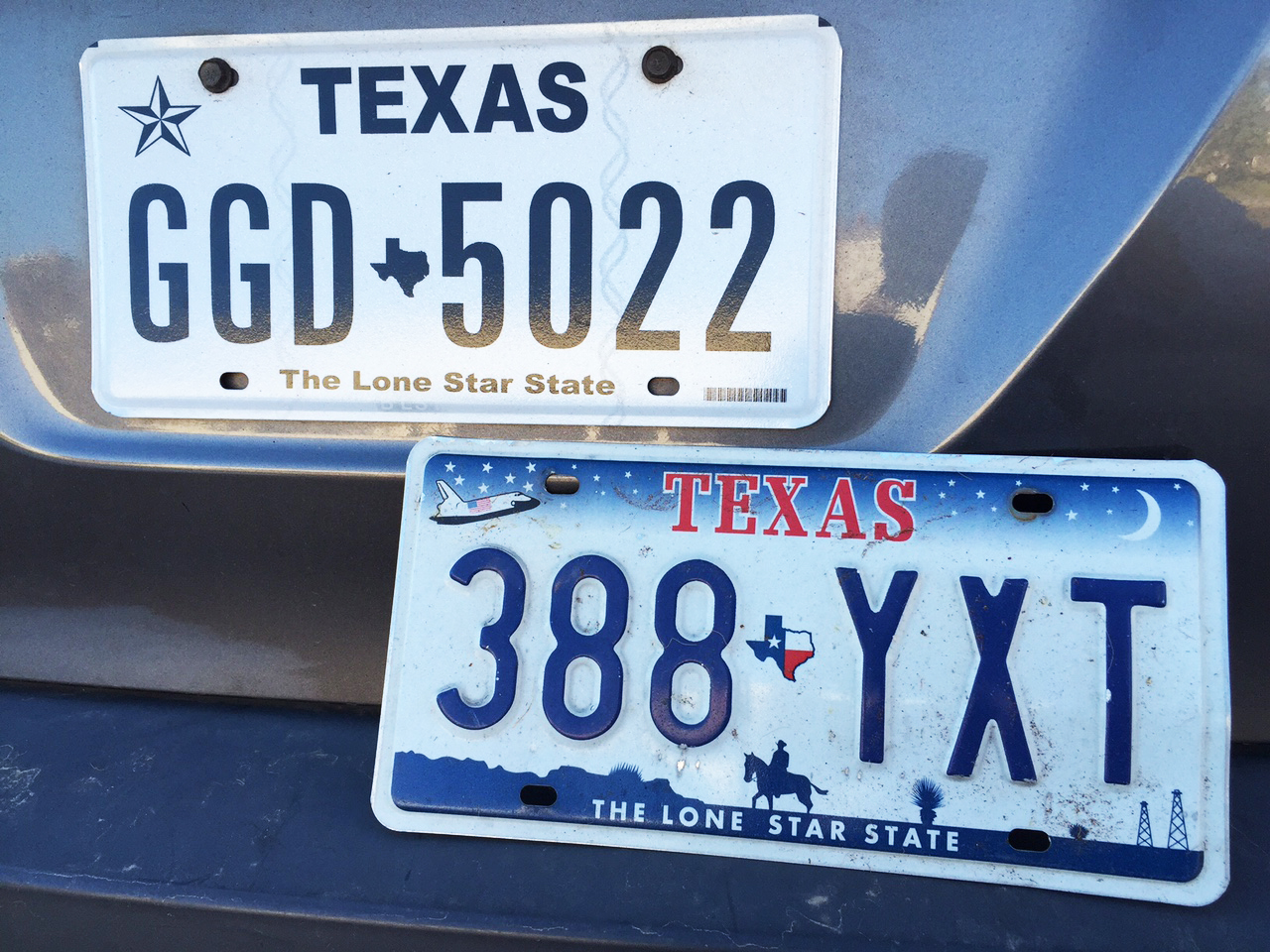 Ah, the challenge. How do you make a uniform unique and marketable but still tough enough for the players who wear them? A pretty hard gig, I imagine, especially if you’re not rolling with basically the same beautiful unis for decades (New York Jets, Chicago Bears). Seattle managed it, and that with a risky color scheme (that green though). But, for teams going after a new look, too often the numbers are victims of hyper-innovation. Look at the current Buccaneers and Jaguars lettering. Honestly, I couldn’t even tell you whether their uniforms are nice because I’m in awe of the wacky, knife blade lettering, and not in a good way. To each their own I suppose. The key trait of a type lover – with regards to their typographic behavior – is that they love their type. Makes sense. Like the golden rule, this covers most typographic offenses: if you love it, you will be considerate of it, you won’t abuse it, you’ll give it space when it needs space, you’ll respect its form because you know it was created unique and for a purpose.

Assuming you understand typographic fundamentals such as proper leading and hierarchy, poor planning still results in type that simply doesn’t feel loved. Take the rather pricey undertaking below as an example. Some simple measurements could have turned this eyesore into a relative beauty. Looking at movie or concert tickets usually gives a good example as well. Yes, there are systems in place that don’t allow for one-off designs, but the templates in place should be built so that they rarely cut information off. It can be done, if those in charge realize that size isn’t the only tool at their disposal.

9. Over-styling (which equates to no styling)

Have you ever visited a website that was beautiful, consistent and legible, and then stumbled upon a page that looked like it was vomiting colors, alignments and sizes? Did any of those colors help you read that content more efficiently? I doubt it, and that’s a crime considering that the job of type is to relay information. Sometimes that information is emotional, abstract or colorful. But usually the words themselves are the important piece. Over-styled type is bothersome to lovers of type; it’s infuriating to a designer when you’ve laid out styles and rules for hierarchy, handed the keys over to someone else, and later discovered that your styles were not good enough: rainbow, oblique centered type is what’s hot now.

Even if you’re not aware of it, you probably use smart quotes properly most of the time, because your software is pretty smart. Again, going back to the days of typewriters, available characters were limited. (Just imagine a typewriter or similar instrument that contained all the glyphs in your standard font. Not a space saver, for sure.) So a straight quote, or dumb quote, was your option, and is still the default character on most keyboards. Fortunately for all of us, design programs and word processors usually substitute the proper characters in for us.

You can research the proper usage of these different marks, as I haven’t the space here, but know they mean different things. “Chris' dog” could be interpreted as “Chris foot dog” by a type stickler. That same type stickler would point out to me that proper foot and inch marks have a slight angle to them. True, but not all fonts have these characters, so straight quotes are the closest and most reliable characters to use in these cases.

As you can tell, the trickiness of ensuring quotes are in order is nearly as frustrating as seeing them used incorrectly. I had to be extra careful here for example, writing in HTML text, to use special character code rather than the single quotes that HTML code uses.

“Hate” is a strong word to use in regard to type miscues. Without these annoyances, we type lovers would have less to grumble together about and less to fix. So, non-designers, we’ll live if you keep on using double spaces for a couple more years, but you’ve gotta cut it out with the double hyphens.

What other type crimes or type-related mistakes keep you up at night? By Yellow Design Studio in Fonts

Title illustration by CG Perez, some of whose work can be found here.

Derek Weathersbee is a designer, developer, instructor & weekend music maker. He designs for clients across the country, teaches at a local community college, and releases type at weathersbeetype.com and on Creative Market. You can see some of his work at derekweathersbee.com and more random articles at manmakefire.org. 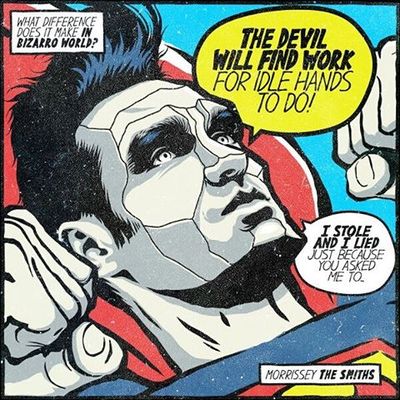 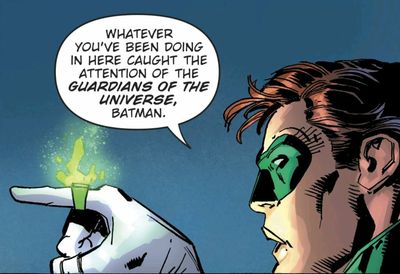 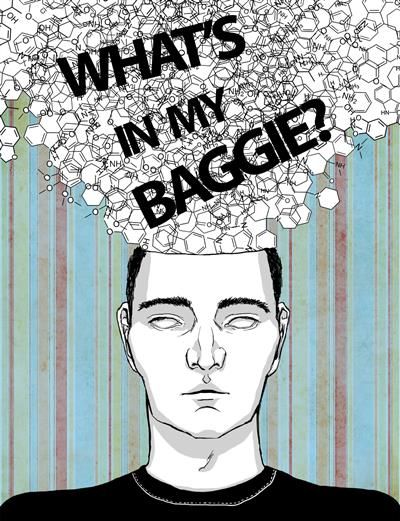 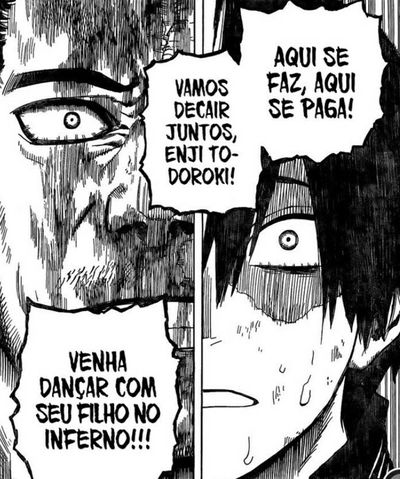 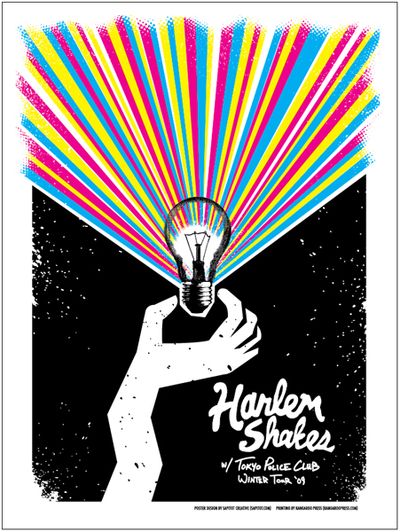 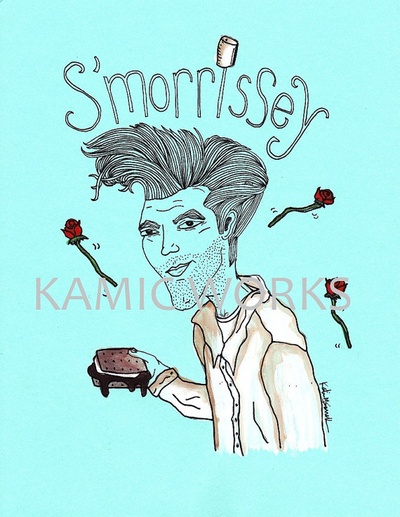 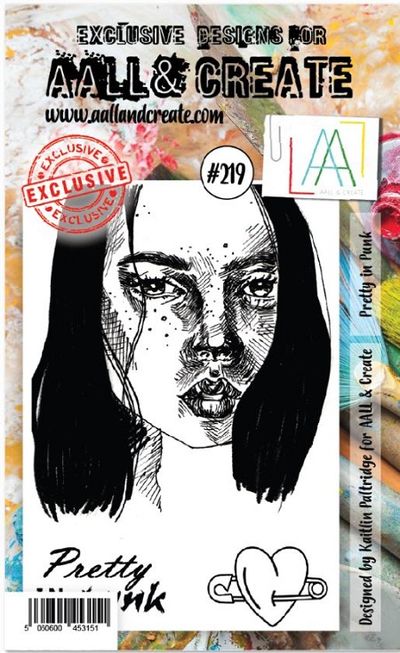 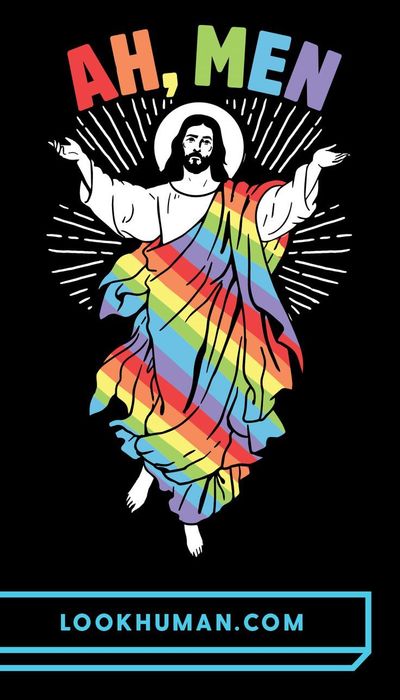 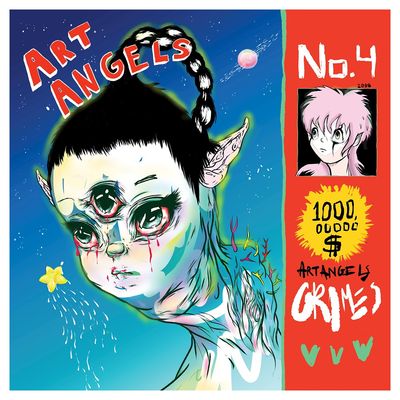 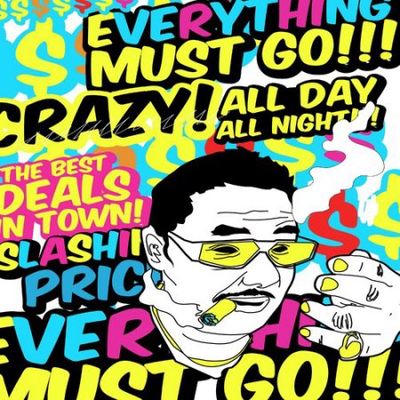