12 Signs Your Design Style is Out of Date

Is graphic design fun? That's a question my colleague was asked last year, and after intense discussion we decided that it's a strangely hard one to answer. The reason is that although it's rewarding and edifying, it also requires you to constantly evolve and start every project like you know nothing. Otherwise, you'll end up turning into a bitter old grump whose work looks exactly the same in twenty years.

I've compiled a list of signs that your design style has become dated, pulled from the trends of the past couple decades. Bear in mind that these are only symptoms, and most of us have been plagued by at least one of them. But if you check off everything on this list, it might be time to re-think the way you work.

1. Your Home Page Says "Hello. I make websites and other cool stuff."

You probably also have a contact button that says "Let's have a beer together." Now don't get me wrong: I like moving away from designer jargon, and I certainly am not opposed to beers. But the novelty of a designer who doesn't take themselves too seriously has begun to fade. People want quality, in addition to dealing with people who are decent humans. It shouldn't be celebrated as an added bonus that you're not a pompous douchebag. We expect practicioners of other vocations to be humble and competent. We're no different. So do a little courting before you plop your dirty feet up on your client's table.

2. You Have Not Used Any Typography Created in the Last Ten Years.

Designers should be curious by nature and aware of current trends. If you fit this mold, you are likely to have found at least a handful of nice typefaces in the last decade. If your name is Massimo Vignelli, then you might get a pass on this. Otherwise, you're either not experimenting enough (also known as being lazy) or you're of the hyper-principled mold and would prefer that the type just carry the message, not speak it. The latter is fine, but I bet it will get old after a few years.

3. You Have Only Used Typography Created in the Last Ten Years.

There is a reason why the classics are classics. If you are only using the next trendy typeface, and do not tap into the vast pool of typography that's existed for hundreds of years, chances are your design doesn't have any staying power. There is no cause-effect here: using exclusively new typefaces doesn't render your work dated. Rather, studying design history and analyzing the works that have remained timeless is something that designers must do. As the history of design as we know it is inextricably tied to moveable type, the faces that have remained in the fold for hundreds of years are surely important. Their DNA, rearranged and combined, makes up nearly all new text faces that are released. It's worth giving the originals a whirl, especially since they're so accessible.

4. There is an Arbitrary Pair of Crossed Lines in Your Latest Logo Design.

Here's the odd thing about the whole hipster logo trend (a term which I realize has lost most of its meaning at this point): some of the core tenets of the Hipster Logo Manifesto are sound. Simplicity, check. Adaptabability, check. Attractiveness, check. But they still fail to accomplish the goal of a logo, which is to identify. It's hard to identify anything if everything looks the same, which means nothing is memorable. The reason this happens, I suspect, is that most of the people creating these marks are either not schooled in how to extract the essence of a company and develop it through blue-collar tenacity, or they just choose to skip this and make something pretty.

5. You're Using File Folder Tabs in Your Web Navigation.

Is this 2015 or 1995? There was a time when it was cool to create organizational structure on the web that resembled tangible items, like tabs and folders and folding books. But we've all gotten the point now that this can be done digitally, so it's just not that cool anymore. There are plenty of mind-blowing techniques that more naturally suit the web, and which can't be done in real life. Let's celebrate those in the virtual world, and keep reading our musty old paper backs on the couch.

6. You Have a Photograph on Your Business Card.

This may be possible to pull off. I've just never seen it done. It's not only dated, but super unprofessional. And it's really a no-win situation that you're putting yourself in. If you're goofy looking, then people will say "I don't wanna buy my insurance from this goofy-looking fella." If you're attractive and do the same, then people will say "I'm not gonna buy my insurance from this smug fella." The folks whose business you really want are more concerned about what you do, not what you look like. Besides, how will you decide what typeface pairs up well with your features?

7. You Use Drop Shadows or Gradients on Type. (Or Both.)

Generally speaking, gradients and drop shadows are best left for sports or waterparks. This is one of those "just because you can doesn't mean you should" sort of things. Yes, gradients and superfluous drop shadows often look silly and unnecessary. But it's not just out of principle that I caution against this. In many cases, it is objectively bad to add a shadow to your text, particularly if you're using dark text on a light background. All that shadow does is muddy up the legibility of your words. With type, you need contrast, and a fuzzy halo around your words mutes that contrast. You can certainly use shadows well, as long as they're not a crutch, but your design should work without them, with the gradients simply adding a touch more depth. For example, a subtle and abrupt shadow behind light text can help it stand out on a dark background. Just keep your gradients in large chunks of space, and never in body copy.

Helping people go blind more quickly is no longer in style. Sorry. I was upset too when I found out. Like 7 years ago. When I was coming out of college, it seemed a pretty nifty thing to do to keep body text on the web super small, like we do on print material. The problem is that the web was never destined to be a copy of the print world, digital text is inherently tougher on the eyes, and the responsive web is here to stay. This trend seems crazy now, even looking back at my own sites from 2006 or so. Apparently I didn't actually want people to read the things I'd spent so much time building.

So what happened to those 16-pixel H1s of yesteryear? They're usually sitting at about 64.

9. I Have to Click on Your Animated Home Page to Enter.

In the immortal, albeit ubiquitous, words of Kimberly "Sweet Brown" Wilkins, "Ain't nobody got time for that." If the user has entered your URL into their browser, chances are they're ready to view your site. Why would you want to put another step between your content and your viewers? If you're showcasing your motion graphics abilities, you likely have legitimate examples elsewhere on your site, perhaps as part of a portfolio.

10. You Believe Swooshes are a Super Cool Addition to Your Logos.

A college instructor once told me "don't ever put a swoosh in a logo." I thought this was pretty dogmatic at the time. As it turns out, she was right. I'm not saying it can't be done, but it's one of those things that usually doesn't turn out well because a swoosh doesn't inherently say anything. It doesn't say action or movement. It says "Someone showed me how to use Illustrator in 1999." Plus, Nike has the market cornered on the abstract swoosh. So, rather than saying "don't" – both here and in my classes – I'll instead say "I dare you." That is to say: if you can pull it off, great things are in your future. Sprint pulled off a rather swoosh-y mark in the last decade; theirs actually does create movement and its parts make up a greater sum. Not many others have. The solution to this is the same as for the hipsters: figure out what your client and their customers are about, write it down, scribble it, rearrange, and communicate something.

There is something about this style of type – besides the fact that oblique faces are mostly hideous – that just looks old. Not a good old, like Alfred Pennyworth; more like Uncle Rico – out of fashion and oblivious to it. This is often found in sports and tool brands (see Nike), but is certainly not confined to those industries. I assume the thought in most cases is that you're make something "bigger" by capitalizing it and "faster" by skewing it. And this is not entirely unsuccessful or illogical. But lumbering type can appear slow even with a slant, just like transient skewed type feels less sturdy by nature. Most importantly, there are usually more interesting solutions.

Okay, don't throw things at me. I too have heard people say this and scoffed at it – that "style = fart" and designers should be chameleons. I'm on board with the no-style rule only to a point, and that point is the assertion that nothing you do should be discernible as having come from your hands. That's nonsense. Of course we are going to develop some stylistic inclinations; we're human. That's how we become specialized and efficient (which I don't see as a bad thing). But if everything you do in fact does look the same – if it doesn't distinguish your clients from each other and represent them individually – that is a problem if you want to be a designer. You might be an artist, but not a visual communicator. Designers solve problems, and problems are never built exactly the same way, so their solutions should not be either.

How Do We Avoid Dated Design?

It might seem like we have to be on eggshells constantly, worrying about whether our work has staying power. That's partially true; we should constantly be scrutinizing ourselves and our work. But we should worry less about whether our work is trendy and more about whether we're really fulfilling our duties as communicators. Truly evocative work is born not of trends, nor the avoidance of them, but of the persistence to create fundamentally sound, informed design. That will never become dated.

Derek Weathersbee is a designer, developer, instructor & weekend music maker. He designs for clients across the country, teaches at a local community college, and releases type at weathersbeetype.com. 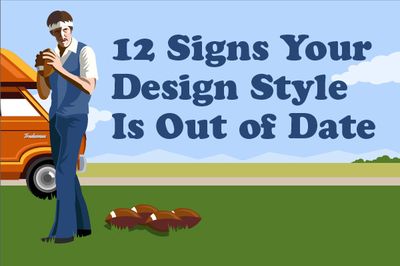 Is graphic design fun? That's a question my colleague was asked last year, and after intense discussion we decided that it's a strangely
R
RHOyal Heart Marketing & Consulting
2570 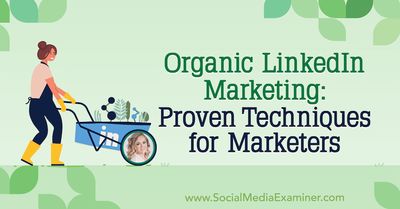 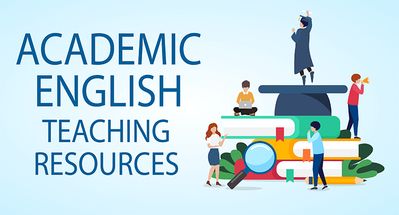 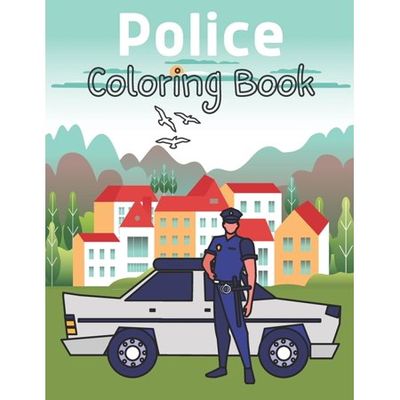 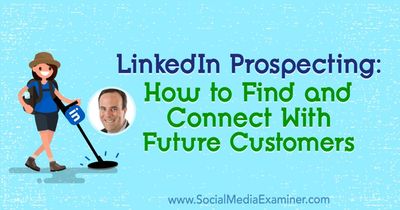 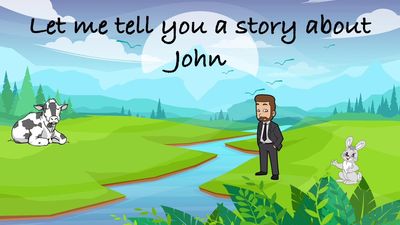 My first attempt as a YouTuber. This is the Introduction about my channel. My channel is about product reviwe, the prodcuct very usefull to you to become a healthy and wealthy man or a women.
P
Product Reviewer
192 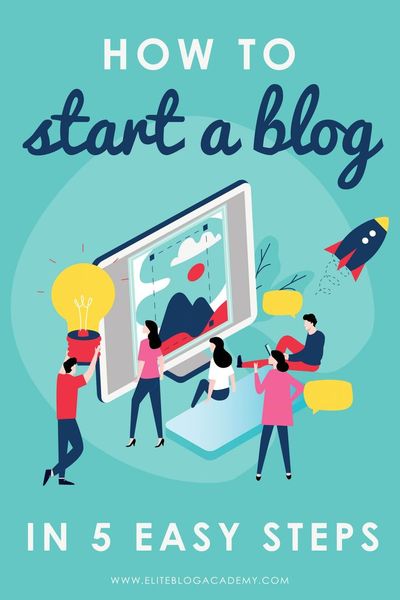 How to Start a Blog in 5 Easy Steps | How to Start a Blog in 2020 Want to learn how start a blog but not sure where to begin? This comprehensive guide will walk you through setting up a successful blog in 5 easy steps! #blogging #bloggingtips #bloggingforbeginners #blogger #bloggertips #startingablog #onlinebusiness #bloggerlife #bloggerhelp #helpforbloggers #tipsforbloggers
B
Byhaileyj|WordPress Blog Tips|Themes+Plugins|Affiliate Marketing
2404 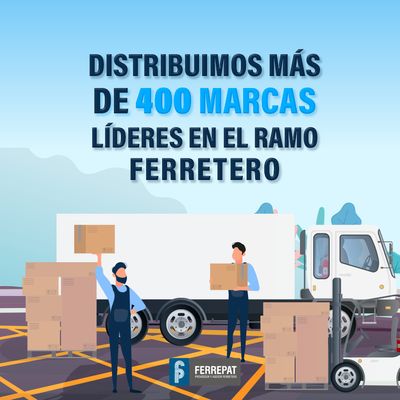 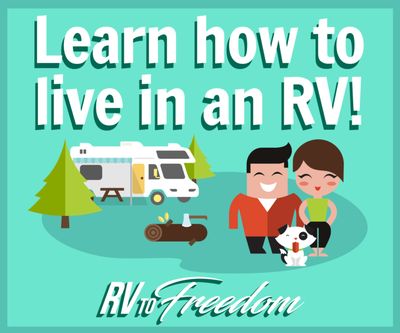