What's The Difference Between Photoshop and Illustrator?

Whether you're new to graphic design or just the Adobe Creative Cloud system, you might have a question that has come up before: what's the difference between Photoshop and Illustrator?

Well, Photoshop does raster files, and Illustrator does vector files. There you go, story done. Ahem.

Obviously it's a bit more complicated than that. So instead of just glossing over the entire thing with a witty quip, let's get into the weeds and figure it all out. Come on, it'll be fun!

The Basics: Raster vs. Vector

Let's start way at the beginning, just in case you're new to the designer scene. Adobe offers a suite of programs called the Adobe Creative Cloud, and for a monthly subscription fee, you get access to all of their offerings. In there are the two programs that we're dealing with today: Adobe Illustrator and Adobe Photoshop. Each one has their focus, and it's important that you know what both of them are if you want to be a quality designer.

The two programs diverge right at the start with the types of files they handle. I've talked about it before, because it's one of those questions that non-designers ask designers all the time: what's the difference between raster and vector files? Well, I'll tell you in a story.

I've got a client that sells custom car equipment, and he has a super complex logo that I've worked with over at my sticker business. There's a variation of the design that includes the state flag in the middle, and when he wanted that version included in a flyer that he wanted me to design, I asked for the file. He sent over a JPEG, and I knew we were in trouble.

JPEGs are raster files (also known as bitmap files), and they're made up of pixels, which are those tiny blocks that make up the display on your computer. Your personal photos and most image content on the web are raster files, and it allows for blending of tones, shading, and things like that. Raster files are no-nos in the world of logo design, which is why I was upset when he sent over that JPEG. Worse yet, the designer that worked on it previously had spilled colors into each other, so it was just messy. And the client complained that although the design worked OK on a T-shirt, he couldn't do much else because the quality just wasn't present. There's a reason for that.

Vector files are based on lines, not pixels. This means that no matter how small or how large the design is, the computer will render it exactly the same way. It's the reason why you can have an identical logo on a business card and a billboard, and create them from the exact same file.

Why does this matter? Well the simple answer is sizing and rendering. Let's say you have two identical images, and they're the exact same size. One is a vector drawing (done in Illustrator), and the other was made in Photoshop, making it a raster file. If you enlarge the vector, everything will be perfect and look flawless. But enlarging the raster file is different. Since it's based on pixels, changing the number of pixels present in the object causes the computer to estimate where pixels need to be removed or added to complete the look. Sometimes that works great, sometimes not so much. It's why if you blow up an image to twice its size that it looks gnarly and pixelated.

Now at first, this may seem like I'm coming off pro-vector, and that might be a side effect of me using Illustrator all the time. Vector designs definitely have their limitations, and they certainly are more difficult to work with, particularly if you're starting off. So with that in mind, let's talk about the good, the bad, and the ugly of both formats.

The Pros and Cons of Raster Files

Raster files are great for artists because they offer a lot of flexibility. You can blend, use paint brushes and get smooth gradients with raster files, and although you can achieve some of those things with vector files, it's so much easier with raster. Because it's based on pixels, there's a natural blending point that occurs when you pass your tool over multiple pixel points. That gives you great options when you want to get artistic, and it's how you can manipulate photos so easily.

On the down side, they're not scalable — for the most part. Like I said before, since everything is based on pixels, it's up to the computer to figure out what color should go where when the image is resized. In addition, many print shops have requirements for the DPI (dots per inch) of the images they use. Often it's 300DPI and up, and to achieve that you need a high-resolution image. You can't just change the DPI and expect it to be the same quality or size — one of them has to give. But you can play with sizes a little bit, particularly if you're going smaller. The fidelity of the image usually stays the same going that direction, even if you do mess with the DPI a bit in the process. The key is to remember that if you go bigger, you will lose quality in the process.

For that same reason, it can be more difficult to change colors in a raster file, because there are so many different tones to choose from. It means that you have to become a ninja with the lasso tool if you want to change a background, and although that's fine, it can be daunting to the new designer.

The Pros and Cons of Vector Files

The most obvious advantage when it comes to vector files is their ability to be scaled. It doesn't matter what resolution monitor you use or the object it's going on, a vector file can be infinitely resized in either direction with no resulting problems with quality or pixelation. In short, it's the only file type you should use when working on any design that needs to be bigger or smaller at any point.

It's also super simple to change a color in a vector file: tap it, and pull a new one in from a swatch or color picker. Easy-peasy, as they say.

Which brings us then to the downsides. Creating photorealistic vector images is possible, but it's not only quite complex to do, but time-consuming as well. You can combine raster effects with vectors — gradients and the like — but again, it can be tough. After all, they're not true vector images if they have a raster effect, and all of that can break down when you look at the results in outline view.

For the uninitiated, outline view is a mode in Illustrator that lets you see the lines of a drawing by themselves. In a simple vector drawing, it shows where the points actually connect, and if you're using an effect or trying to make something photorealistic, the outline becomes much more complex. It looks like a topographical map of the French Alps, minus the snow.

Now that may or may not matter to you as a designer. Most people I know that work in Illustrator rarely use outline view, and for them, that's fine. But as a sticker guy, I use the outline view all the time. Every line in a vector is translated as a cut on our plotter, so I need to make sure that everything works perfectly. And I always have the pathfinder palette open, because I have to combine shapes regularly or else it just doesn't work.

The other issue with vector graphics, and Illustrator specifically, is that it's much more difficult to learn how to use. While Photoshop seems intuitive, working with points and the pen tool in Illustrator can be downright infuriating, because it doesn't always work the way you expect. And when you're trying to combine paths, that can be just as daunting or frustrating to do, because sometimes you disagree with how Illustrator sees the situation. It makes you want to huck your computer through a wall, and as someone that has great respect for their home's drywall, I'm not a huge fan of that proposition.

If you're fluent in one and not the other, here's a piece of advice: become a master of both programs. It makes you more flexible as a designer, and there's nothing wrong with picking up a new skill. By Vectors Market in Graphics 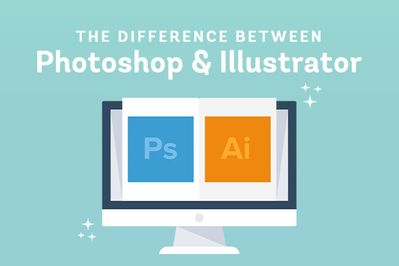 From choosing the right color profile to sizing a document for binding, creating a design that looks good in print requires that you plan
S
SILVER PRINT BRASOV
1475 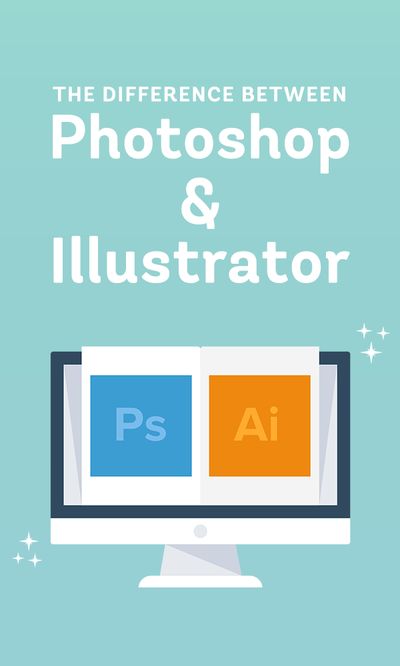 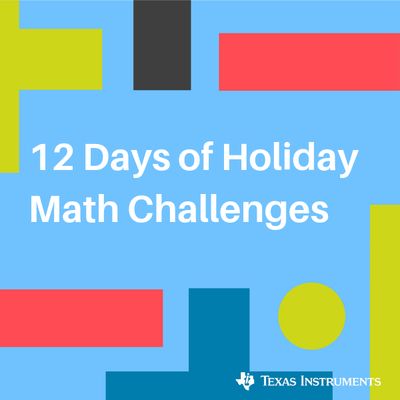 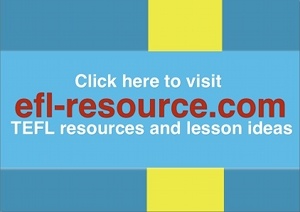 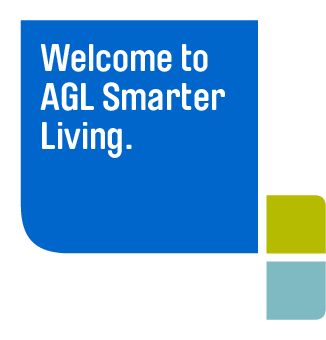 Yep this is a site from one of the major retailers. Check out the top tips, energy efficiency videos and an online store that sells reasonable product...
D
David Winterton
3886 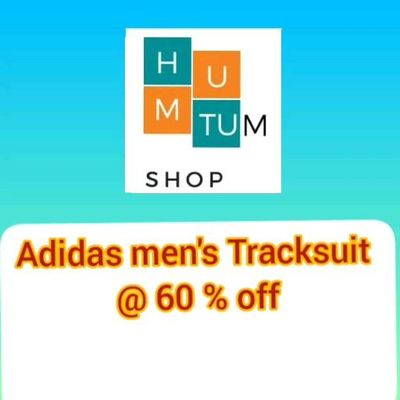 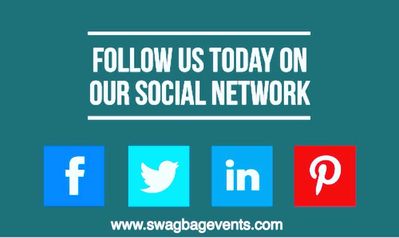 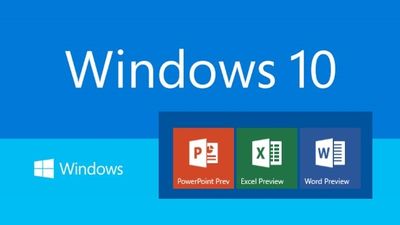 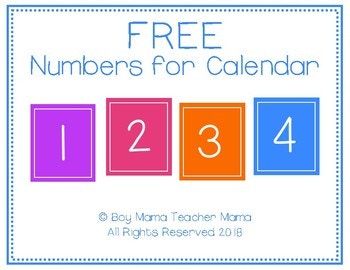 Free numbers for your calendar. Comes in 10 different colors. Pairs perfectly with our FREE Days of the Week and Months calendar cards.
B
Boy Mama Teacher Mama
2605 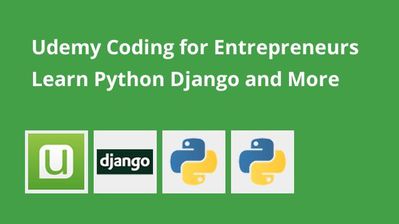 Requirements You don't already know how to program/code You have a computer that was made after 2006 You have a strong willingness to get through the tough parts You ask questions when you get stuck You research errors on your own, or you ask questions when you get stuck Description Work Alongside Me & Learn Exactly How To Code An eCommerce Site & A Landing Page From Scratch (Last Updated: Dec-8-2014) Never coded before? No problem. We've worked with over 120,000 students just like ...
E
Education
100
V