The Hows and Whys of Rio's Stunning Olympic Logo

“It’s a sculptural logo for a sculptural city.”
“The characters look like they’re celebrating something.”
“The form alludes to a heart.”
“It’s the big embrace.”
“Every time you look at the logo, you see something different.”

These are just a few of the various ways members of Rio’s Tátil Design de Ideias described the logo they created for this year’s Olympics.

The goal was to symbolize Brazil’s famed vivaciousness, and to that end, they packed every aspect of it with symbolism, from its shape to its colors to the specific angles of its curves. According to the Olympics’ site, the key word is passion - for sports, victory, the country, and the games’ transformation of Rio from one of the world’s most infamously crime and inequality-plagued cities to a showpiece on the world’s stage. And it’s reception’s been overwhelmingly positive.

In 2010, Brazil’s Olympic Committee announced a nationwide competition to design a concept for the logo. 138 agencies from around the country entered, but Tátil, who’ve previously worked with Wal-Mart, Coke, and Fiat, eventually won. Perhaps because, “The logo was not designed for designers, but for everybody in the world,” as their creative director Frederico Gelli says. “It represents Brazil’s energy and how we receive people.”

Once their concept was chosen, it underwent a refinement process described by CreativeReview as “torturous, endlessly frustrating and enough to test the patience of a saint.” They worked under a Cold War-level secrecy. The design firm dedicated a secret room to the project, accessible only by a fingerprint scan, and only ten designers were allowed in. Over 150 variations of the logo were experimented with before a final version was settled on. 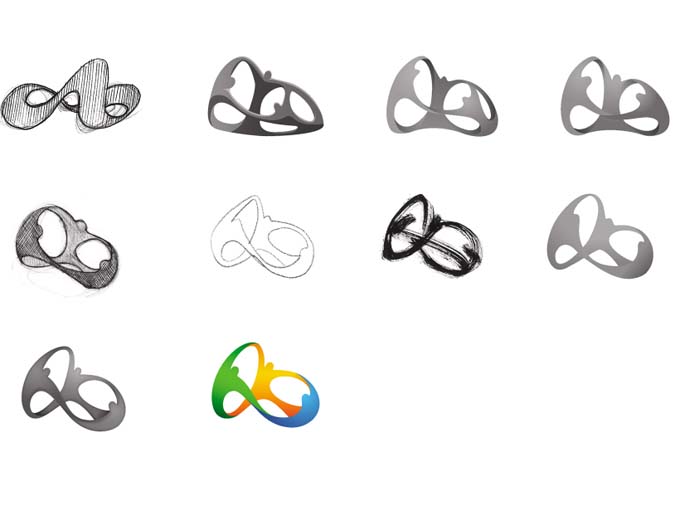 But that left the problem of…

“To give personality to the word ‘Rio’ is hard.” Said one member. “There are only three letters!” The team tested hundreds of fonts, but in the end, “none of them had the balance we wanted.” So they decided to create one. It was first designed with brush on paper, at which point, the Brazilian wing of Dalton Maag, a UK typeface firm, stepped in to recreate it with vectors and create the rest of its alphabet. 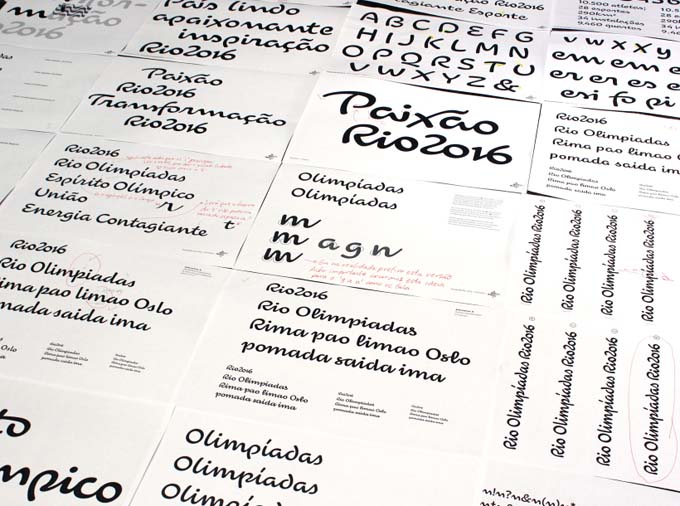 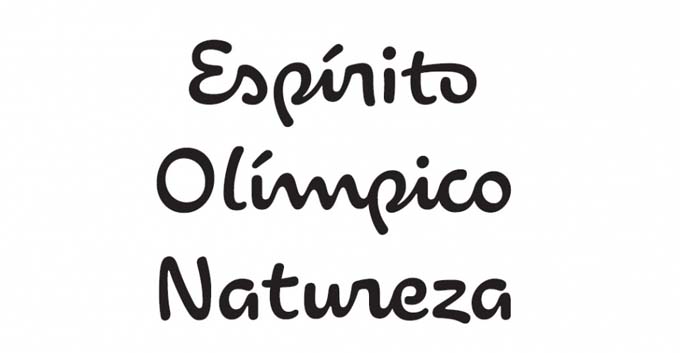 From The Logo Smith

The logo itself contains five symbols: The most obvious is of three people holding hands. “Embracing the city,” in Galli’s words.

However, the specific curves that make it up are taken directly from the silhouettes of various mountains that ring Rio: the one on the left is the world famous Sugarloaf.… 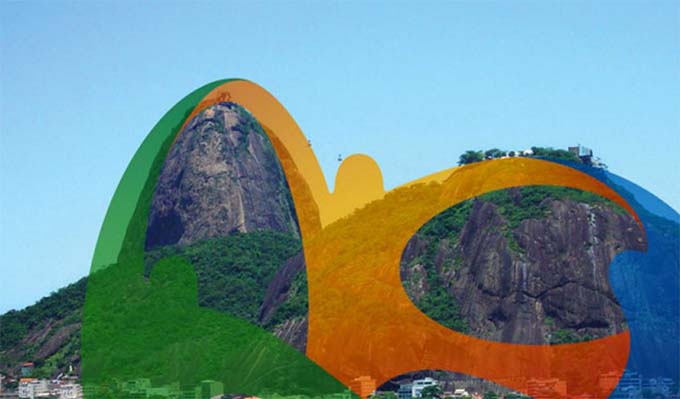 …And the overall shape is inspired by the Morro Dois Irmãos (Two Brothers Hill) overlooking Ipanema. 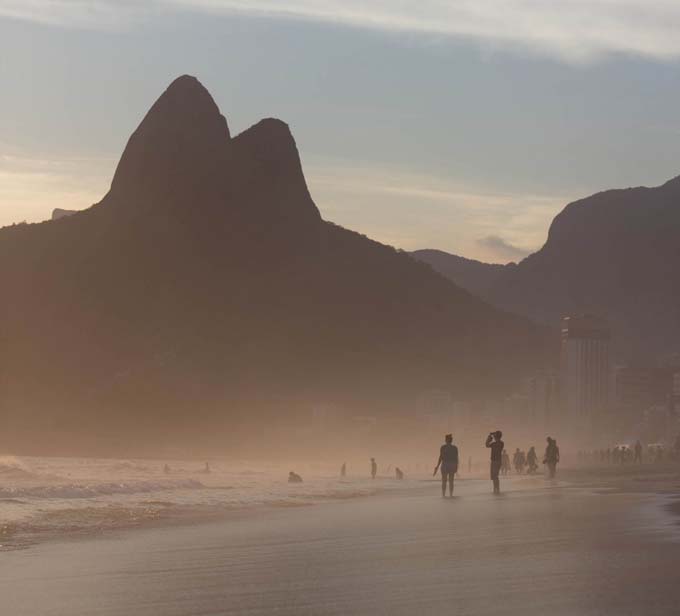 The curves inside the logo vaguely form the letters “Rio,” with the I being the person in the middle—his head is the dot—and the R and O mostly being invoked with negative space on the ends.

The overlapping curves invoke the infinity symbol, chosen because it’s one of the few universal symbols: meaning the same thing in virtually all cultures.

The colors are based on Brazil’s nature: green represents the rainforest, blue the oceans, and yellow the sunshine. Local flora and fauna often inspire Tatil’s designs: their team even includes a biologist to help them study it.

And the font is loaded with as much symbolism as the logo: The fluid writing style symbolizes the grace of the athletes’ movements. The line variation symbolizes the diversity and joir de vivre of the Brazilian people, and there are some mountain silhouettes to be found here, too. 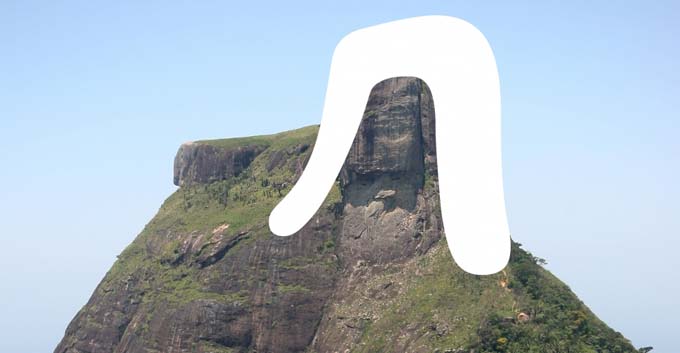 From The Logo Smith

What do you think of the logo? Leave us a comment. 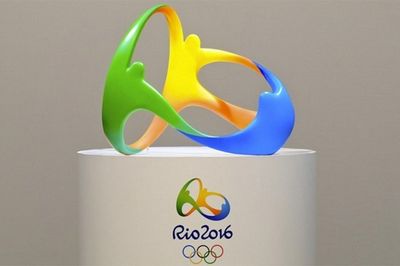 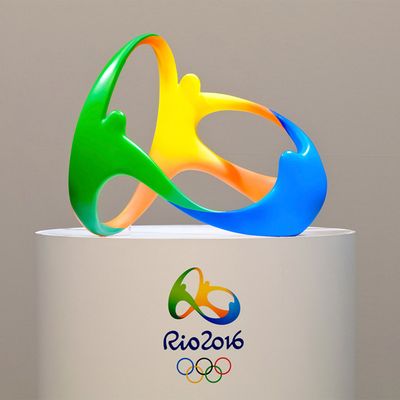 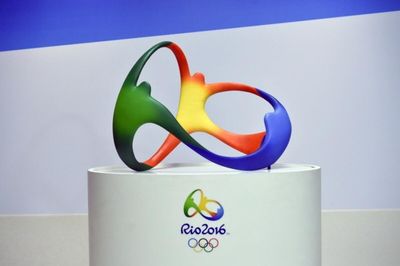 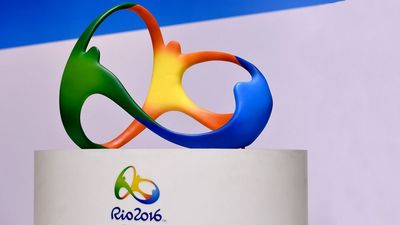 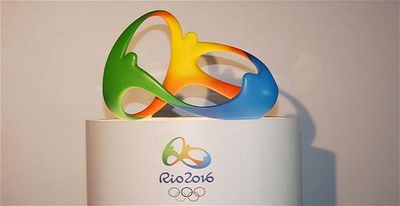 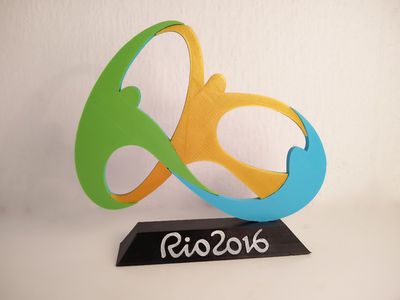 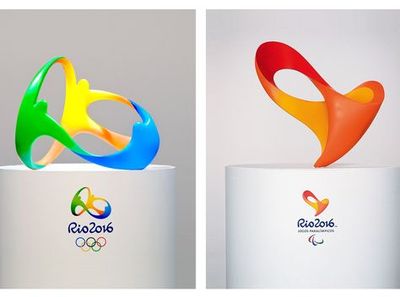 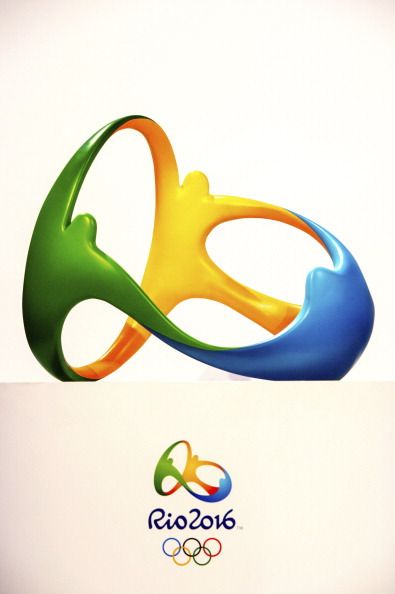 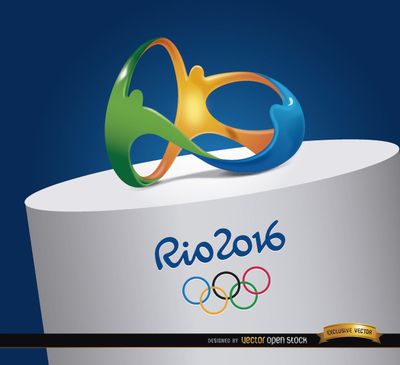 This cool background shows the logo for the next Olympics to take place in Rio de Jainero, Brazil, on the next year; three men of different colors holding each other on top of a cylinder with Olympics classic symbol on it. Use it in your promos and campaigns for this important event. High quality JPG included. Under Commons 4.0. Attribution License.
V
Vexels
346 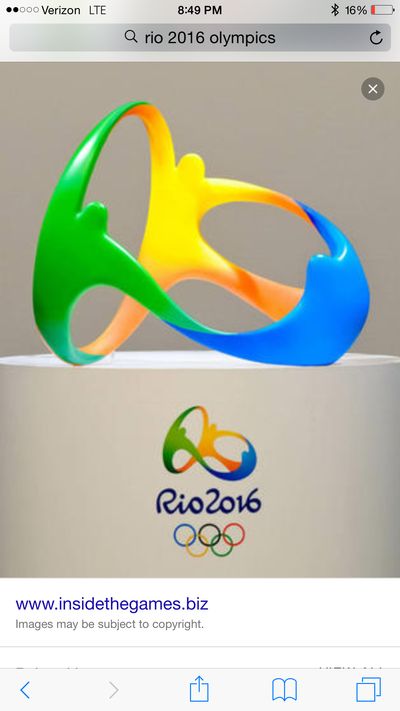